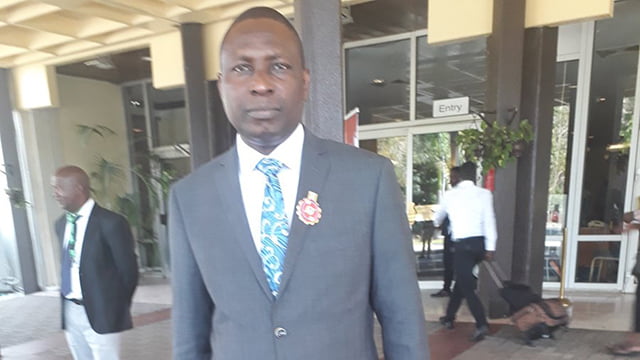 Olanipekun Olukoyede, the secretary of the Economic and Financial Crimes Commission (EFCC), has received a letter confirming his indefinite suspension from the commission.

Naija News had earlier reported that President Muhammadu Buhari suspended over 10 senior officials of the EFCC.

The EFCC’s executive secretary, Olanipekun Olukoyede, was among top officials of the commission suspended by President Buhari.

Olukoyede became the Secretary to the EFCC in November 2018 following confirmation by the Senate.

The Ikere-Ekiti born senior lawyer was a former chief of staff to Magu. He replaced Emmanuel Aremo, whose five-year tenure expired in July 2018.

The notice of suspension was communicated to the Acting Chairman of the Commission, Mr. Mohammed Umar, by the Office of the Attorney-General of the Federation.

The action was said to be in connection with the ongoing investigation of the suspended Acting Chairman of the agency, Mr. Ibrahim Magu.

According to TheCable, some officials of the commission have officially received their letters of indefinite suspension.

It was gathered that some of the suspended directors were involved in the investigation of AGF Abubakar Malami.

Naija News recalls that President Buhari had confirmed the suspension of Magu while replacing him with Umar, the agency’s Head of Operations.