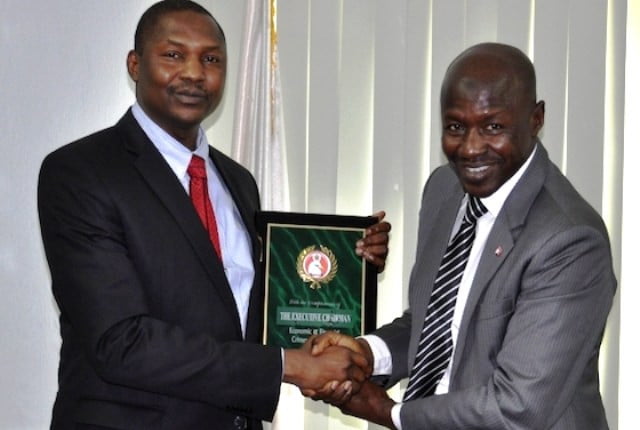 Second Republic lawmaker, Dr Junaid Mohammed, has said the problem of the Economic and Financial Crimes Commission (EFCC) is the Attorney-General and Minister of Justice, Abubakar Malami (SAN).

Mohammed stated that the EFCC cannot function with Malami still in charge of the Ministry of Justice.

He described the Attorney General as someone who lacked credibility.

Junaid Mohammed said, “Yes, Magu was appointed by President Muhammadu Buhari but at the same time, it was the same Buhari who appointed Abubakar Malami as Attorney-General of the Federation and insists that in accordance with the letter of the law, Magu must be subordinate to Malami.

“That is the problem we are having now. Malami is effectively taking the EFCC back to how it was under Obasanjo.

“There is no way the EFCC can continue to execute its mandate as long as Malami is the Attorney-General.

“Malami has no credibility whatsoever. He is not transparent and all the tell-tale signs of corruption are very evident in the way he runs the Ministry of Justice and the way he attempts to run the EFCC.

“Everybody knows the major problem the EFCC has always had is the Attorney-General and Minister of Justice.”

Naija News recalls that President Muhammadu Buhari had suspended the acting boss of the anti-graft agency and replaced him with Mohammed Umar, the EFCC Head of Operations.

Magu is currently being investigated by a presidential panel headed by Justice Ayo Salami following allegations by the Attorney General of the Federation, AGF, and Minister of Justice, Abubakar Malami.

Malami accused the former EFCC boss of corruption, insubordination, mismanagement of recovered loots among other allegations.