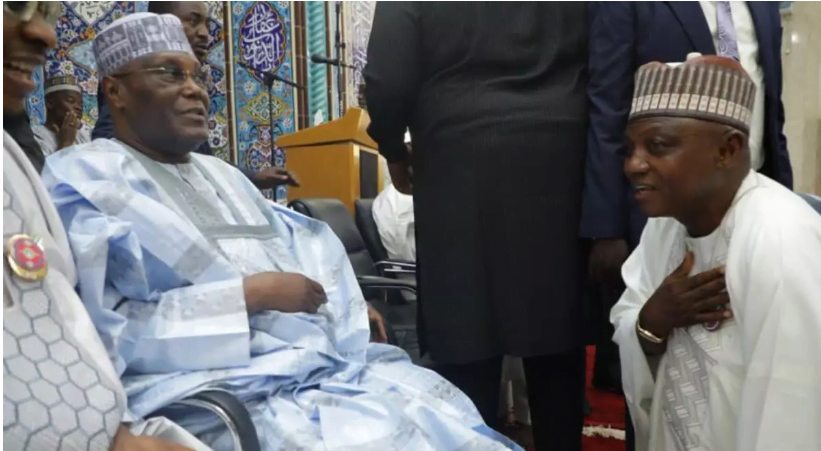 The Senior Special Adviser on Media and Publicity to President Muhammadu Buhari, Garba Shehu, has been spotted in a picture kneeling for the presidential candidate of the Peoples Democratic Party, Atiku Abubakar.

President Buhari’s spokesperson was spotted in the picture kneeling before the former vice president at the wedding of former Chairman of the Economic and Financial Crimes Commission, Nuhu Ribadu’s son in Abuja.

However, there were no clear indications to reveal if the gesture was just an act of respect or something transpired between Shehu and Atiku.