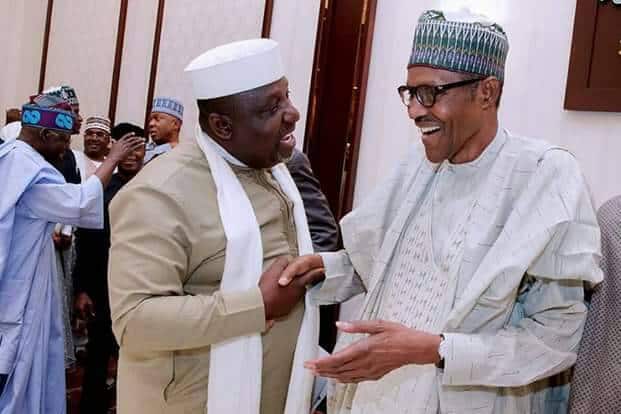 Members of the Imo state chapter of the All Progressives Congress (APC), Nigeria’s ruling party, are locking horns over the ministerial slot for the State in President Muhammadu Buhari‘s “Next Level” cabinet, leading to petitions and counter-petitions.

In a petition which was addressed to President Buhari, some APC support groups in the southeast State asked the President not to consider the duo of former Imo Deputy-governor and former Senator representing Imo West in the National Assembly as ministers.

The groups, Imo APC Footsoldiers, Imo Patriots’ Front and Concerned Imo APC Stakeholders, in separate letters to President Buhari, alleged among other things that the duo of Senator Hope Uzodimma and Prince Eze Madumere were not inclined to the Next Level manifesto of the President, and therefore would be wrong casts to represent Imo State on the Federal Executive Council.

Naija News understands that President Buhari was advised by the Imo Concerned APC Stakeholders to demand the polling booth, ward and LGA results of those angling to be appointed ministers.

The Imo Concerned APC Stakeholders argued that “a minister needs to be politically strong and trustworthy among his people, in order to, apart from helping to actualize the President’s vision in his second term, also help in rebuilding the Party in the State, considering the poor showing of the Party in the last elections.”

In the letter, the group also accused some people it described as ‘Party hijackers’ of being responsible for the Party’s poor showing in the last elections, especially, the Presidential and National Assembly elections, where the APC only won two House of Representatives seats and one Senate seat.

The Imo Concerned APC Stakeholders praised the leadership of the immediate past governor of the State, Senator Owelle Rochas Okorocha for helping to sustain the Party in the State.

Similarly, another group, the Imo Patriots’ Front, who wrote specifically against the nomination of the immediate past Deputy-governor of the State as minister alleged among other things that “Madumere is politically weak and could not win his polling booth in all the elections of 2019.”

On the other hand, the Imo APC Footsoldiers adduced ten reasons Senator Hope Uzodimma is not eligible to serve in the “Next Level” cabinet.

The Imo APC Footsoldiers accused Chief Uzodimma of being behind the poor showing of the Party in the State, and also of unable to “clear his name of several allegations bordering on graft, certificate forgery and breach of contract.”

President would be rewarding indolence by appointing the Omuma-born former lawmaker as a minister, the Imo APC Footsoldiers argued.