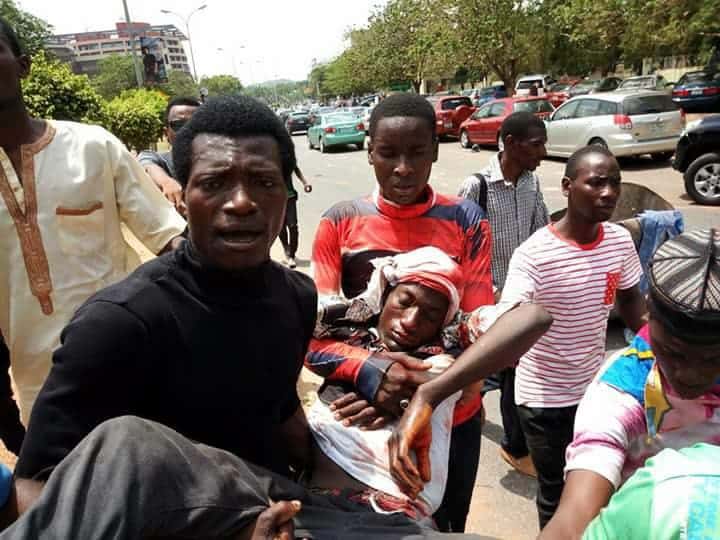 The protest by members of the Islamic Movement in Nigeria (IMN) better known as Shiites at the Unity Fountain in Abuja has left one person dead.

Naija News learnt that the protest turned bloody as Police officers teargassed and shot at members muslim group who protesting against the continuous detention of their leader, Ibrahim El-Zakzaky.

Naija News recalls that Deji Adeyanju, convener of the Concerned Nigerians group who organized the daily sit out was arrested on Friday and later released.

The Shiites have been under continuous attacks by government security agencies since the clash between members of the group and the Nigerian Army in Kaduna state.