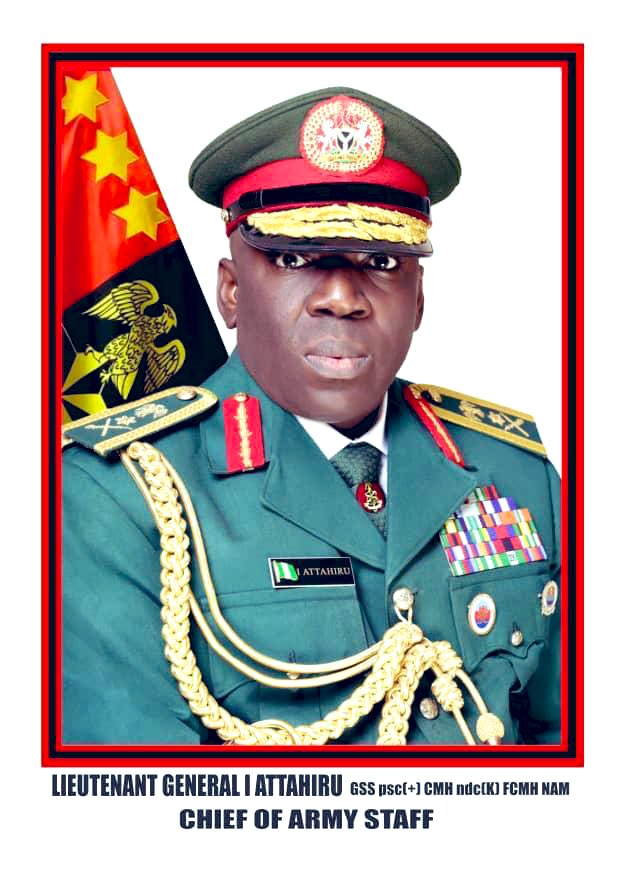 Naija News recalls that Attahiru died on May 31, 2021 after a plane conveying him and some top military officers crashed in Kaduna State.

The NAF Beechcraft 350 jet crashed near the Kaduna International Airport, killing all on board.

The NAF has since obligated the Accident Investigation Bureau, Nigeria, to conduct an investigation into the incident.

Three months after the task was given, AIB on Wednesday, submitted its interim report, listing 27 initial findings and eight safety recommendations for immediate implementation.

It was stated in a joint statement signed by NAF spokesman, Edward Gabkwet; and his AIB counterpart, Tunji Oketunbi, that the submitted report is organized into three sections.

Section one contained the information obtained in the course of the investigation.

Section two contained analysis of data collected in view of the Board’s Terms of Reference.

While the last section contained the conclusion, which covers the initial findings and immediate recommendations.

The statement read, “Following the unfortunate incident involving a Nigerian Air Force (NAF) King Air -350 aircraft at the vicinity of Kaduna Civil Airport on 31 May 2021, the Chief of the Air Staff (CAS), Air Marshal Oladayo Amao directed that a joint investigative body consisting of experienced NAF safety officers and the Accident Investigative Bureau (AIB) be constituted to investigate the circumstances surrounding the air crash.

“After about three months of painstaking joint investigation, the Commissioner and Chief Executive Officer of AIB, Engr Akin Olateru FNSE, today 15 September 2021 submitted an interim report on the sad incident to the Chief of Air Staff (CAS), Air Marshal Amao, at his office at NAF Headquarters, Abuja.

“The submitted report is organized into three sections namely; the information obtained in the course of the investigation; analysis of data collected in view of the Board’s Terms of Reference; and the conclusion, which covers the initial findings and immediate recommendations.

“It should be noted that at this interim stage, a total of 27 initial findings and 8 immediate safety recommendations were made for the convening authority as well as other aviation-related agencies for immediate implementation. It is expected that the final report will contain the flight data recorder readout, the reviewed operator’s and service provider’s standard operating procedures as well as other detailed analyses.

“While receiving the report, the CAS reiterated the main essence of activating the ‘joint investigative’ clause contained in the Memorandum of Understanding (MOU) signed between the NAF and the AIB on 1 July, 2020. According to him, the successful collaboration is a clear indication of the potency of collaboration in aircraft accident investigation, which must be encouraged.

“Air Marshal Amao also noted that such collaborative efforts make accident investigations more transparent and open while also stating that the outcome of the investigation is not necessarily aimed at punitive measures but essentially at generally improving safety in the aviation industry.

“On his part, the Chief Executive Officer of AIB, Engr Akin Olateru stated that the joint investigation with the NAF was its first direct involvement in military air crash investigation in Nigeria and second investigation outside its mandate having also assisted Sao Tome and Principe in the past. He also stated that copies of the report, with the endorsement of the CAS, will also be submitted to the Hon. Minister of Aviation and Nigerian Civil Aviation Authority (NCAA) to ensure that the recommendations addressed to aviation agencies are implemented.

“The Commissioner also stated that although the accident involved a military aircraft and crew, it happened at a civil airport adding that the involvement of AIB in the investigation by the Nigerian Air Force would help in closing the gaps on the civil aviation side.”