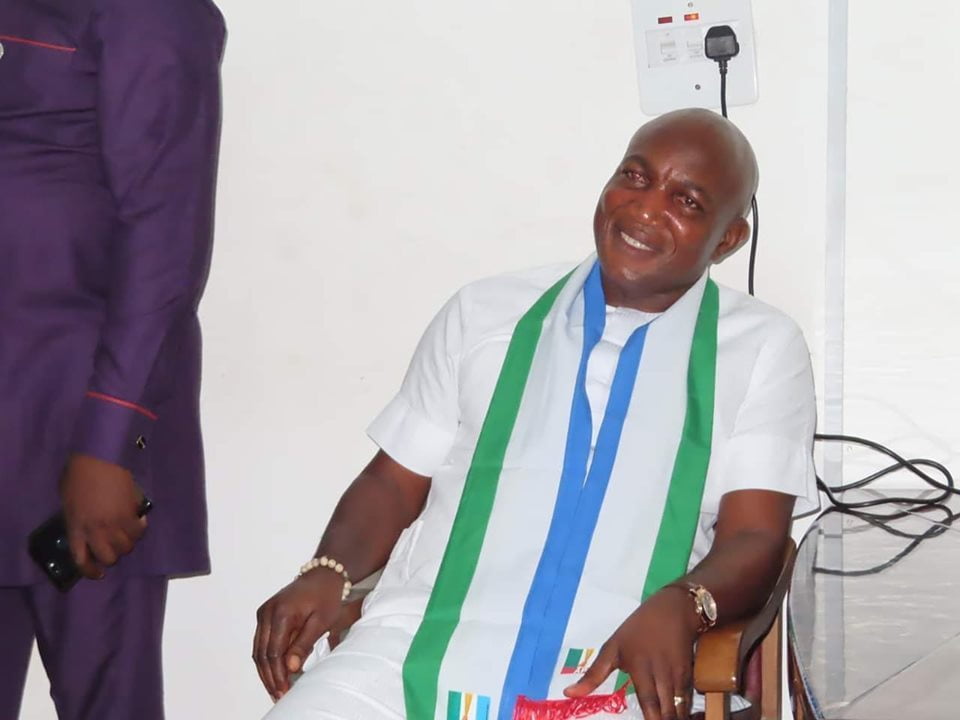 The Bayelsa State Governorship Candidate of the All Progressives Congress (APC), David Lyon, has stated that his party will win the November 16 election by a landslide.

Lyon was reacting to claims by Governor Seriake Dickson that the APC had no grassroot presence in Bayelsa State.

Dickson had claimed that the APC can not win the South-south state without intimidating voters and rigging the election.

“My good friend Oshiomhole knows that theAPC cannot win Bayelsa in a free and fair election.“They can’t win any ward in Bayelsa. None. They have never won any election except intimidating people, manipulating the electoral body. He knows that,” the governor had said.

Reacting, the APC govenrorship candidate urged Dickson to concentrate on paying civil servants and pensioners the money the state owes them.

He also accused the Bayelsa governor of being behind the many litigation the State APC is currently battling.

According to Lyon, the governorship candidate of the Peoples Democratic Party (PDP), Douye Diri, cannot win the November 16 election.

He said: “Dickson should know that the APC came out very strong in the last February elections under his watch, and APC won the presidential election and other state and National Assembly elections in Bayelsa State.

“It is unfortunate that our governor has not realized that he is a lonely man in a lonely forest because the entire PDP National Working Committee and other PDP Governors have jettisoned him.

“This became clear that no National Executive officer of the PDP came for the flag-off of his candidate, Douye Diri. The only person that came is Chief Emma Ogidi whose maternal home is in Ogbia Local Government Area of Bayelsa state.”

“We advise Dickson to pay up every salary arrears and pensions and gratuities owed to Bayelsans before his handover day and not to be giving proxy letters of appointment without portfolios that is so pitiable and ridiculous of a state government,” he added.