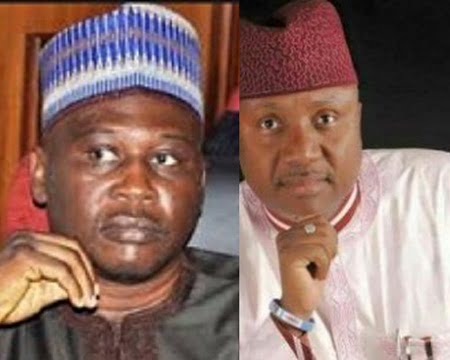 The Governorship Election Tribunal in Adamawa State on Friday affirmed the election of Ahmadu Fintiri as governor of the state.

The All Progressives Congress (APC) had approached the tribunal seeking to challenge the victory of Ahmadu Fintiri of the Peoples Democratic Party (APC) during the last governorship election in the state.

According to the party, their was over-voting in some places and non-use of the card reader in other places during the election.

Delivering judgement on Friday, the tribunal-led by Justice Adediran Adebara, declared that the petition lacked merit.

According to the judge, APC’s candidate Jibrilla Bindow was not joined in the petition, in which case if the tribunal granted any relief, it would be an exercise in futility.

Reacting to the ruling, APC’s lead counsel, Eme Asuquo, said the party would study the judgement and decide its next line of action.