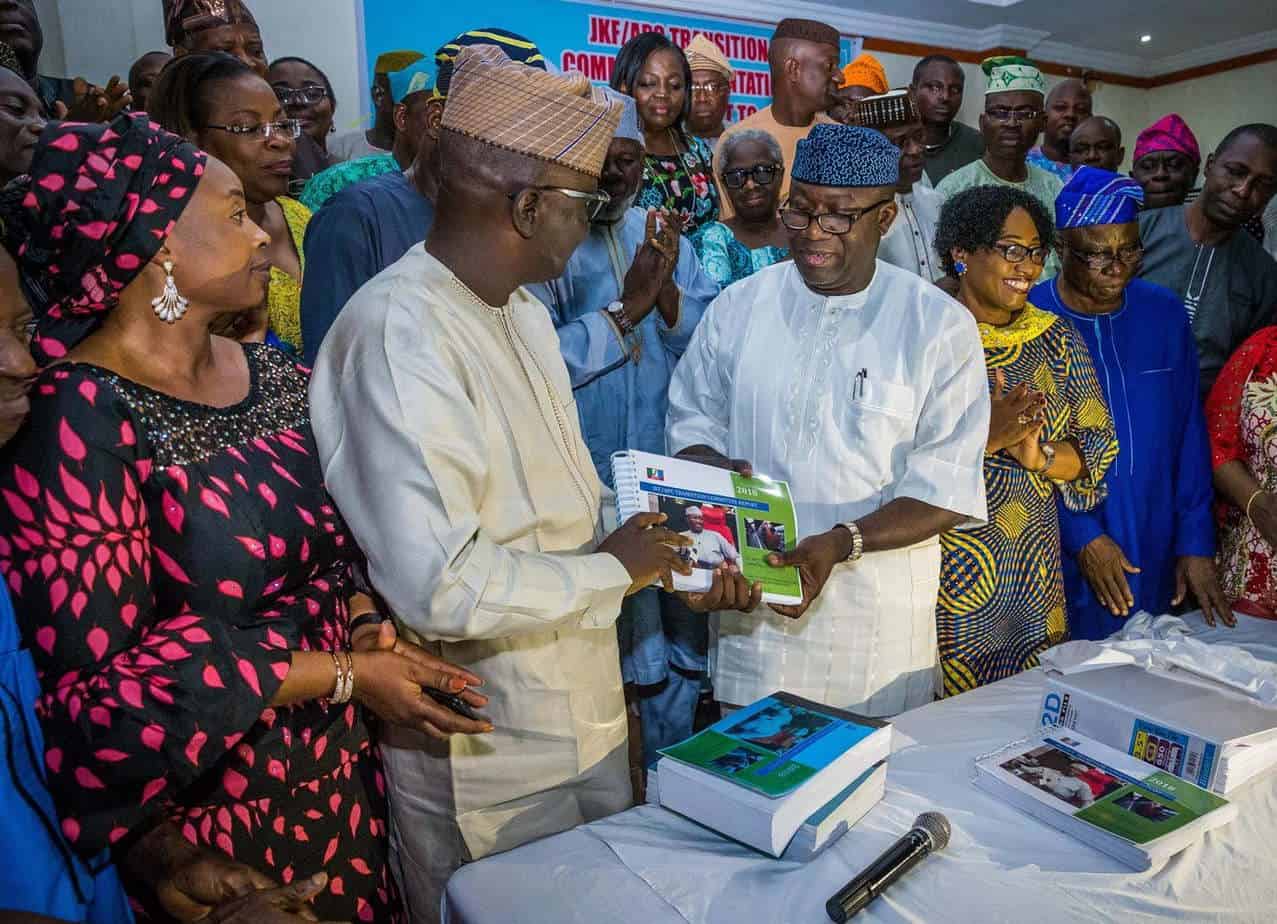 Dr. Kayode Fayemi, Ekiti State governor elect, has said that he was ready to allow God do judgment against outgoing governor Ayodele Fayose and his administration as he leaves office come October 18.

Fayemi, who stated that he believed government is a continuum, and that he was coming into office to simply make a difference, added that he will work with the asset and liability left behind by the outgoing administration to transform the state.

NAN reports that the governor elect stated this when he received the Transition Committee constituted to interface with the outgoing administration to facilitate a smooth change of government.

He said that only God can judge the outgoing government for the array of alleged mismanagement of the state resources under the watch of Fayose.

He promised that the people of the state will feel the impact of the change they voted for within a short period of time after he resume the seat of leadership come October 18.

NAN reports that the governor-elect was reacting to the latest debt figure released by the Debt Management Office which revealed that the debt profile increased from N18 billion during Fayemi’s era to N117 billion, under Fayose’s watch.

Feyemi was made to understand that the debt does not include arrears of salaries, pensions, gratuities and money owed retirees and contractors by the Fayose administration.

Fayemi also suggested the enactment of a law to be known as the ‘Transition Act’ that would stipulate the duties of an outgoing administration and an incoming administration to pave the way for a seamless transfer of power.

According to Fayemi, if such law were in place, it would have been difficult for an outgoing government to refuse to cooperate with his transition committee.

“So for us, we leave whatever that is done by the outgoing government to God and God will handle that in the best way possible

“We want to focus on making the difference in the life of our people, so our people remain our priority

“We hope some reason will prevail between now and inauguration day for the outgoing government to come up with the information this committee has been asking for since it was inaugurated,” he said