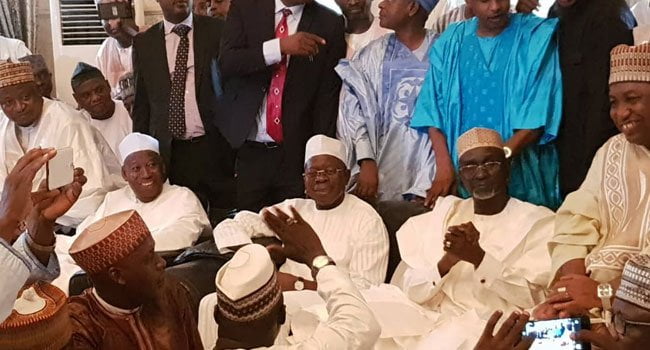 Shekarau Returns To His Former Party

But information gathered by Naija News reveals that Shekarau officially joined the ruling APC on Friday after a closed-door meeting with the national chairman of the APC, Adams Oshiomhole in Kano.

The closed-door meeting was also attended by Governor Abdullahi Ganduje and other top party officials.

It will be recalled that Naija News had earlier reported that Shekarau’s media aide, Sule Ya’u Sule said that his boss has decided to defect from PDP to APC due to the injustice meted on him and his supporters by the PDP leadership.