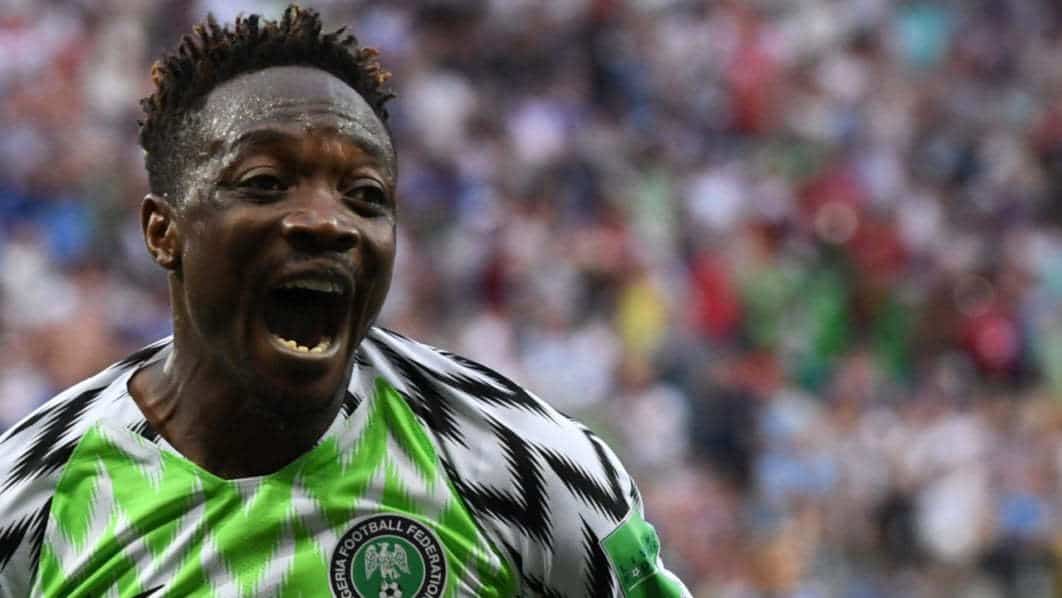 While the Super Eagles have gone home, the American Cable News Network (CNN) Sports has nominated Ahmed Musa’s first goal against Iceland as one of the best scored in the group stage of the 2018 FIFA World Cup.

Similarly, the channel nominated Lionel Messi of Argentina’s goal in group stage goal against Nigeria was also nominated the best in the fiesta holding in Russia.

CNN Sports announced the nomination via its Twitter handle on Friday.

According to the American Cable, other two players whose goals are in the shortlist are Portugal’s Ricardo Quaresma (versus Iran), Spain’s Nacho (versus Portugal).

It described the goal scored by Musa against Iceland in a 2-0 win as a delight to watch as he skillfully brought down a cross by Victor Moses before smashing the ball into the roof of the net from inside the box.

It said that fans were expected to cast votes in the poll for the best goal among the four nominated goals while voting would end on Saturday.