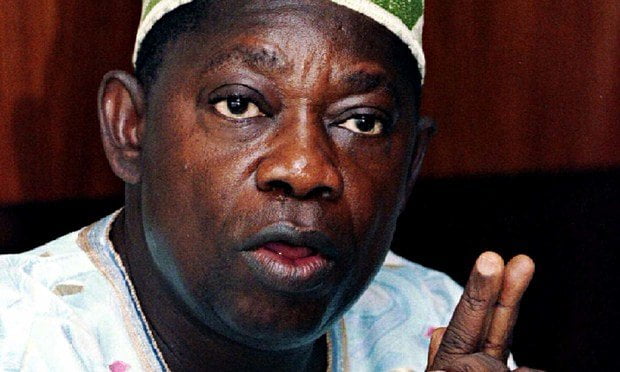 President Muhammadu Buhari, has on behalf of the federal government of Nigeria, tendered an unreserved apology to the family of the late Chief MKO Abiola over the pain and injustice caused the family by the then military administration in the country.

Buhari stated this at the investiture of the Grand Commander of the Federal Republic (GCFR) award on the late winner of the June 12, 1993 presidential election, which held at the Banquet Hall of the Aso Rock Villa in Abuja.

Naija News reports that the late Chief Gani Fawenhinmi as well as Abiola’s running mate, Ambassador Baba Gana Kingibe, were also conferred with the Grand Commander of the Order of the Niger (GCON) title.

At the event, the family of the late Chief Abiola, while accepting the presidential apology, also tendered an apology on behalf of their late father to the government of Nigeria for any wrong doing their father might have done.

The family’s apology was conveyed in a speech by Hafsat Abiola, one of the daughters of the late business mogul, while giving their appreciation remarks after the conferment of the award of the GCFR on their late father.