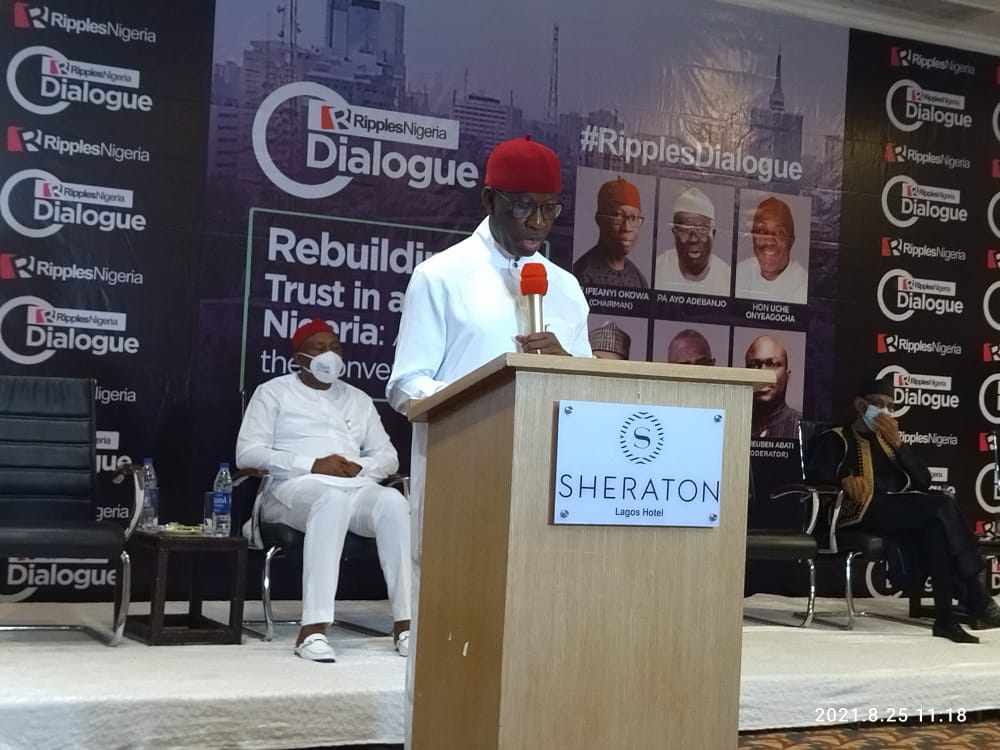 Speaking through his Commissioner for Information, Charles Aniagwu, the Governor said only God can work against his emergence.

He stated that he has contributed positively to the growth of the party, which he does not brag about, because that is the right thing to do as a party man.

Okowa also rejected speculations that former governor of the state, James Ibori, was secretly working against his chances to be Atiku’s running mate.

Aniagwu said: “The governor has contributed to the growth of the PDP, he doesn’t boast about it because as a member of the party he has the responsibility to do that.

“And the last time I checked I don’t think he has offended God for God to take that decision against him.

“So we are on course, I don’t think there is any problem between Okowa and Ibori, these are persons who have worked together very closely.

“And Okowa has continued to respect our leader, Chief James Ibori. I have not heard Ibori speak evil of Okowa neither have I heard my boss speak badly of Ibori”.