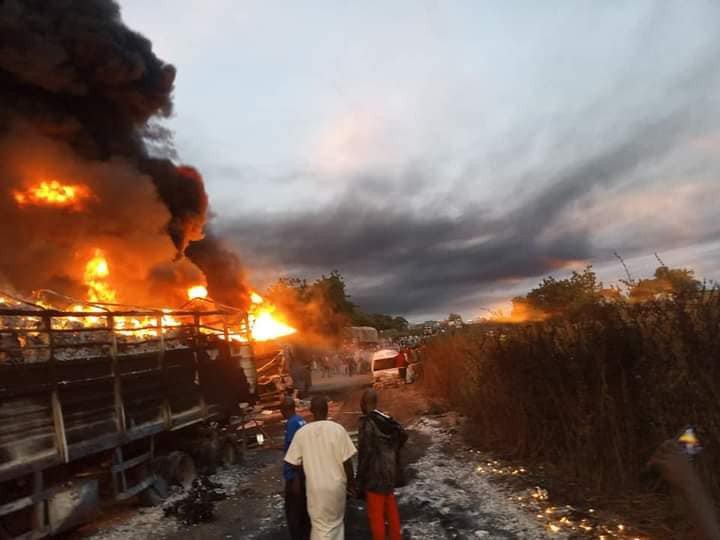 Valuable property worth over ₦35million have been razed in Yola, Adamawa State by an inferno caused by a fuel tanker explosion.

It was gathered that the tanker with registration number YLA 23 XM exploded on Monday morning after it fell at the popular Maidoki roundabout, near PZ industrial Layout.

Although no casualty was recorded from the incident, many shops, houses and property around the location were flamed up.

One Femi Williams who was greatly affected by the disaster told newsmen that two of his cars and industrial equipment used for drilling were damaged beyond recognition by the inferno.

Naija News learnt that the operatives of the federal and state fire services, as well as security personnel swiftly responded to the situation and are still on course to put out the raging fire and maintain public order.

As of press time, the route has become grounded, leaving motorists on the lookout for another road to take them to their destination.