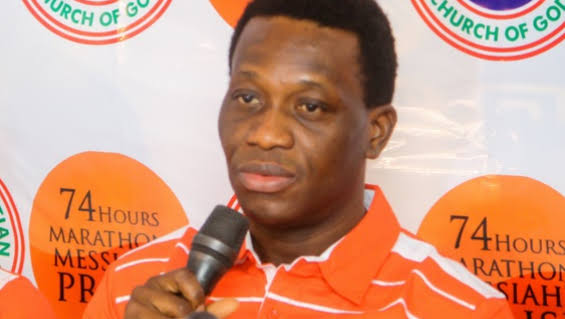 Pastor Dare Adeboye, son to the General Overseer of the Redeemed Christian Church of God, RCCG, Pastor Enoch Adeboye has been confirmed dead.

Reports reaching Naija News at this time revealed that Adeboye died without prior symptoms of sickness and was never on medication.

Dare who pastored one of the RCCG branches in Abuja was said to have officiated on Sunday and retired to his bed after church. He reportedly warned that he should not be disturbed during his rest.

Naija News understands that  Adeboye passed away at the age of 42.

According to reports, his wife, Temiloluwa Adeboye, noticed her husband’s unusual sleeping hours and could not reach him on phone. She reportedly raised the alarm and he was discovered dead.

A pastor in one of the church branch in Kwara State confirmed Adeboye’s death to Naija News correspondent on a telephone interview on Thursday, noting that Pastor Adeboye (father of the deceased) was supposed to honour a programme at their Church in Omu-Aran this week.

He said the general overseer, however, called to notify them of the development which will hinder him from attending their programme.

There was, however, no official statement from the family yet as of press time, Naija News reports.