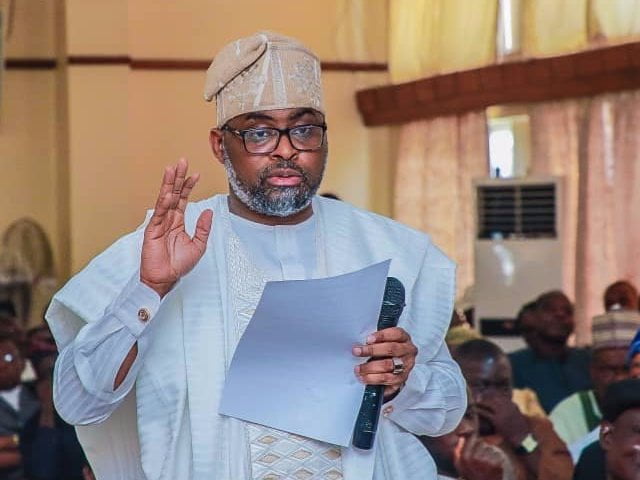 The fraud case marked CR/975/2020 against Prince Adeyanju Binuyo, the deputy chief of staff to Gboyega Oyetola, the Osun State governor, has been dismissed by an Abuja High Court.

Naija News understands that a case of fraud involving $120,000 was filed against Binuyo before the High Court of the Federal Capital Territory, Abuja on September 9, 2020, by the office of the Inspector-General of Police.

The case file is understood to contain four charges of conspiracy, fraud, cheating and forgery.

The plaintiff alleged that Oyetola’s aide defrauded one Babatunde Ajala and his company BMA Nig. Ltd of $120,000.00. Naija News understands that the court decision to struck out the case follows alleged political pressure being mounted on the IGP, Mohammed Adamu, to drop the charges against Binuyo.

On his part at the resumption of trial on Wednesday, the presiding judge, Justice O.O Goodluck, informed the court that the case has been struck out.

“At the instance of the prosecuting counsel, Rimamsote Ezekiel, this suit is struck out,” the judge ruled.

According to the prosecuting counsel, the police was misinformed in the case and thereby apologised for the misinformation.

Wahab Ismail, counsel to Binuyo, stated that the Deputy Chief of Staff was just a mere witness and not a party to the said failed business and “cannot be liable in the face of the law.”

He added that the case was instituted to “deliberately cast aspersions on the person of Prince Abdullah Adeyanju Binuyo, who is the Deputy Chief of Staff to the Governor, State of Osun, Adegboyega Oyetola.

“While it is true that Binuyo was just a mere witness and not a party to the said failed business, he cannot be liable in the face of the law.”

Meanwhile, the Inspector-General of Police, Mohammed Adamu, has asked the Supreme Court to upturn the ruling of the Appeal Court which nullified the ongoing recruitment of 10,000 constables.