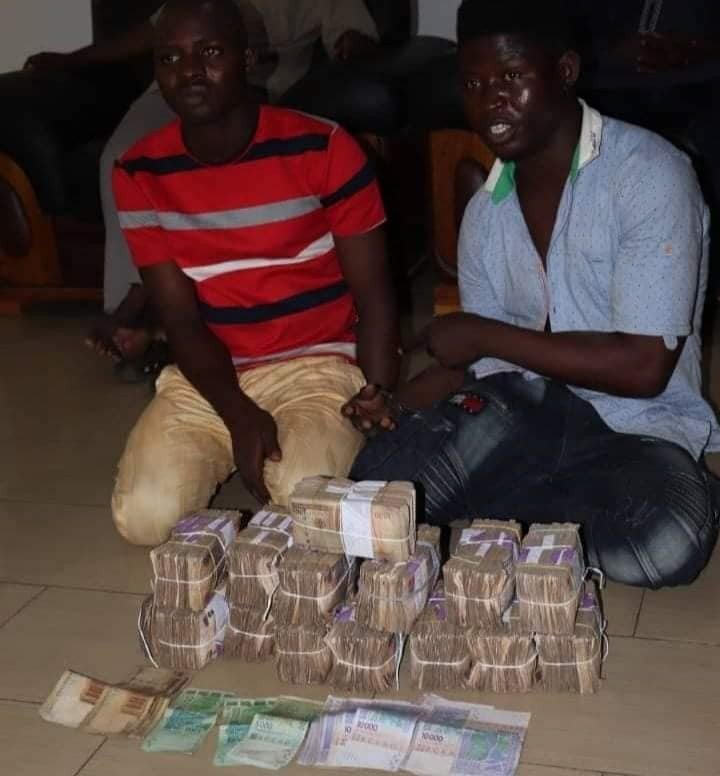 A notorious arm robber arrested by the Niger State Command of the Nigeria Police Force has revealed what he usually does to his victims before stealing their money.

According to the 27-year-old suspect who gave his name as Abdullahi Maikudi, an indigene of Katsina State, he usually drugged his victims before taking away their money.

Naija News understands that the suspect was arrested alongside his accomplice, Rabiu Abdullahi, a resident in Kano State for allegedly stealing the sum of N6m from a businessman in Tegina, Rafi Local Government Area of Niger state.

Confirming their arrest, the state spokesman of the NPF, ASP Wasiu Abiodun, in a statement yesterday, October 1, noted that the duo were arrested by the force men attached to the Area Command, Minna, following a tip-off.

Abiodun confirmed to newsmen that the sum of N3.8m and 410 Cefas was recovered from the suspects.

The ASP disclosed that Maikudi had on September 25, 2020, lodged in a hotel in Tegina, where he met with a businessman. He reportedly watch the businessman closely and established a relationship with him, claiming to be from the same state.

Abiodun revealed that Maikudi offered the victim a cup of tea laced with tramadol during their discussion, unknown to the victim and that he fell asleep within 10 minutes of taking the drink.

“He offered him a cup of tea laden with tramadol which makes the man fell asleep. The suspect later entered the man’s room and stole his bag containing about six million naira and fled to Kano State, where he met Rabiu Abdullahi who was aiding him to flee the country. The two suspects were arrested at Fagge, Kano State and the sum of #3,850,000:00k and 410 cefas were recovered from them. Case is under investigation.” ASP Abiodun revealed.

Admitting to his crime, Maikudi told the police command that he usually drugged his victims before dispossessing them of their money and other valuables.

According to the suspect, he has been into the act for over four years. He said, “All my victims since I started this business, I drug them with tramadol tablets or syrup so that they will fall asleep in 10 minutes and by then, I would have finished my operation. I usually put it in their tea or food.”

Meanwhile, a notorious kidnapping sector commander has confessed to the police how they murdered over 50 victims because their ransom was not paid.