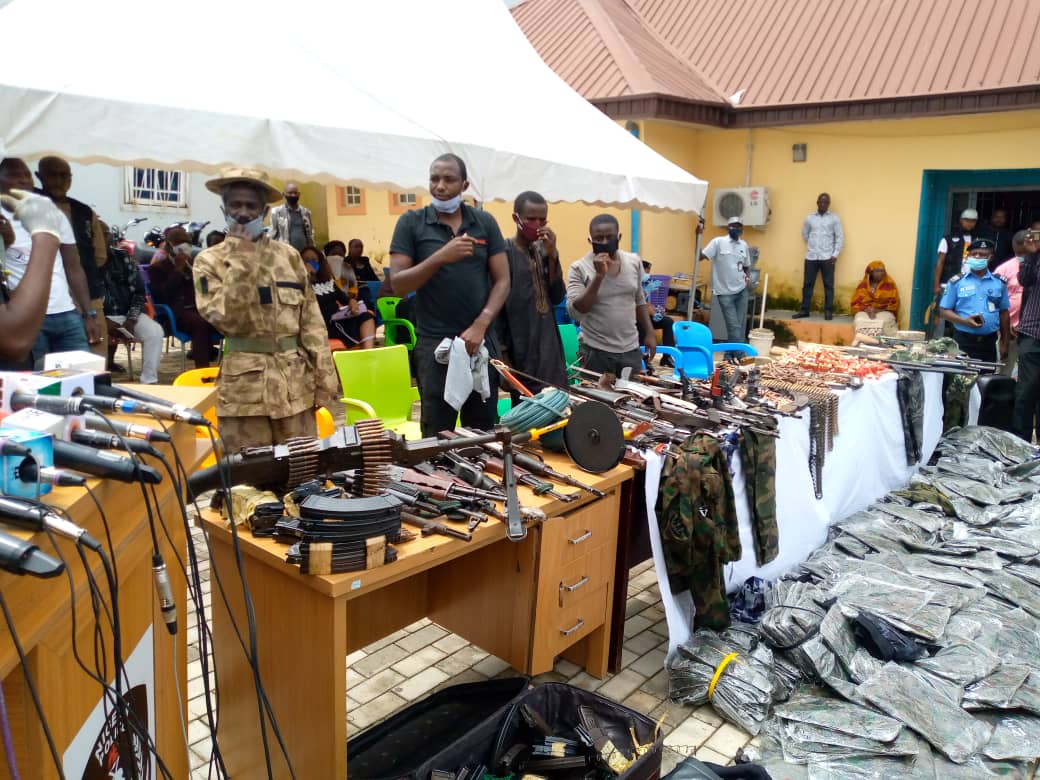 A kidnapping gang leader who identified himself as sector commander of the notorious group has confessed to the Nigeria Police Force following their arrest, how they murdered over 50 victims because their ransom was not paid.

According to Mohammed Sani who was arrested and paraded by the Force Public Relations Officer, DCP Frank Mba, alongside 46 other criminals at the Special Anti-Robbery Squad (SARS) Headquarters in Abuja on Wednesday, September 30, he had over 120 men under his watch.

Naija News understands that the suspect who had been on the police wanted list for been specialized on kidnapping and banditry was arrested by men of the Special Tactical Squad, STS.

READ ALSO  #BBNaija2020: I Helped Nengi To Get Into The Reality Show – Former Housemate, Rico Swavey

Confessing to the police force with a fake military uniform on him, Sani revealed that he worked for one Yellow Jambros, who supplied him with guns and military uniforms for operations, adding that he carried out his operations mainly within Kaduna, Katsina, Niger and Zamfara.

According to the suspect, he has lost count of numbers of operations he carried out, adding that any of their victims that paid ransom were set free without hesitation while those that couldn’t pay were killed.

Speaking with newsmen during the parading of the suspects, DCP Mba disclosed that Sani was caught by men of the Special Tactical Squad (STS) and has been on their wanted list for a while.

He said, “His area of specialty is kidnapping for ransom and banditry. Occasionally he veers into cattle rustling. He belongs to an organised kidnapping gang that has gone ahead to sectorise their operations,”

“Mohammed Sani is a sector commander within the larger kidnapping and banditry enterprise. He has over 100 men directly under his command. Sani reports to another big kidnapper that is on our wanted list known as Yellow Jambros.”

Meanwhile, the Court of Appeal in Abuja has declared the recruitment of 10,000 constables by the Inspector-General of Police, Mohammed Adamu in 2019 as null and void, Naija News reports.