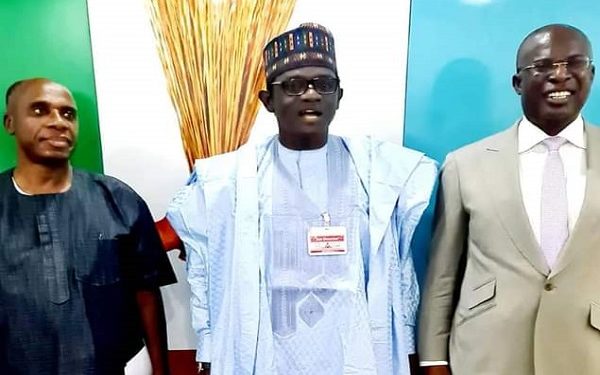 Naija News reports that the political differences between the two South-South leaders had been at loggerheads which had a toll on the party’s fortune in the region.

The two of them who were one time governors of Rivers and Bayesla States.

Speaking to newsmen after a closed door meeting with the Chairman of the Caretaker Committee at the party’s National Secretariat in Abuja, Amaechi said they have agreed to work together to reposition the party in the South-South geo-political zone of the country.

The Minister of Transport who earlier arrived at the party Secretariat around 1:15 pm left after few minutes only to return with the Chairman of the Caretaker Committee to join the Minister of State for Petroleum at about 2pm for the closed door meeting that last almost an hour.