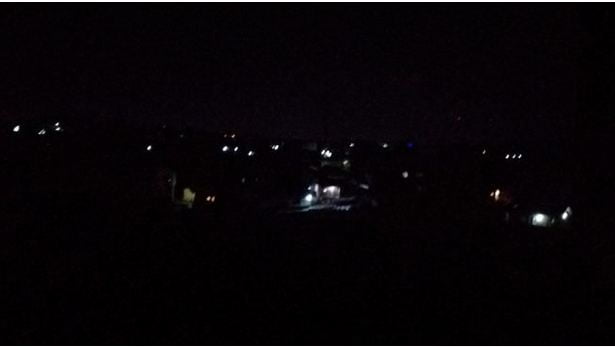 The electricity distribution companies (DisCos) have announced another collapse of the national electricity grid, leading to a nationwide blackout in Nigeria.

Naija News reports that the DisCos in different statements on Wednesday said the blackout being experienced across the country is as a result of the industrial action by electricity workers.

The National Union of Electricity Employees (NUEE) announced the commencement of a nationwide strike earlier in the day.

In a statement, the Assistant Secretary-General of NUEE, Anthony Sule, had said the union’s decision was made since the federal government failed to dialogue with them to resolve the lingering issues in the sector.

The Ibadan Electricity Distribution Company (IBEDC), Nigeria’s largest power distributor, later issued a statement to announce that the strike had disrupted its services.

“Subsequently, the action has led to a nationwide shut down of electricity installations and has resulted in the disruption of service across our network,” the company said.

“We sincerely apologise for all inconveniences to our esteemed customers. Power will be restored immediately the strike is called off.”

Similarly, the Eko Disco also informed its customers of the system collapse on the micro-blogging site, Twitter.

“Please be informed that the present outage being experienced is due to a system collapse of the National grid.

“Work is ongoing to identify the fault and restore supply accordingly. Please bear with us,” the firm said

On the other hand, the head of corporate communication at Kaduna DisCo, Abdulazeez Abdullahi, confirmed the system collapse in a statement.

“We regret to inform you that the prolonged power outage being currently experienced in Kaduna, Sokoto, Zamfara and Kebbi states is as a result of the collapse of the national grid earlier this afternoon,” Abdullahi said.

“The grid collapse was occasioned by the nationwide industrial action by members of the Nigerian Union of Electricity Employees who are still in negotiation with the federal government to resolve all issues in dispute.

“We sincerely apologise for any inconvenience caused and promise to restore power supply as soon as the national grid is back in circuit.”