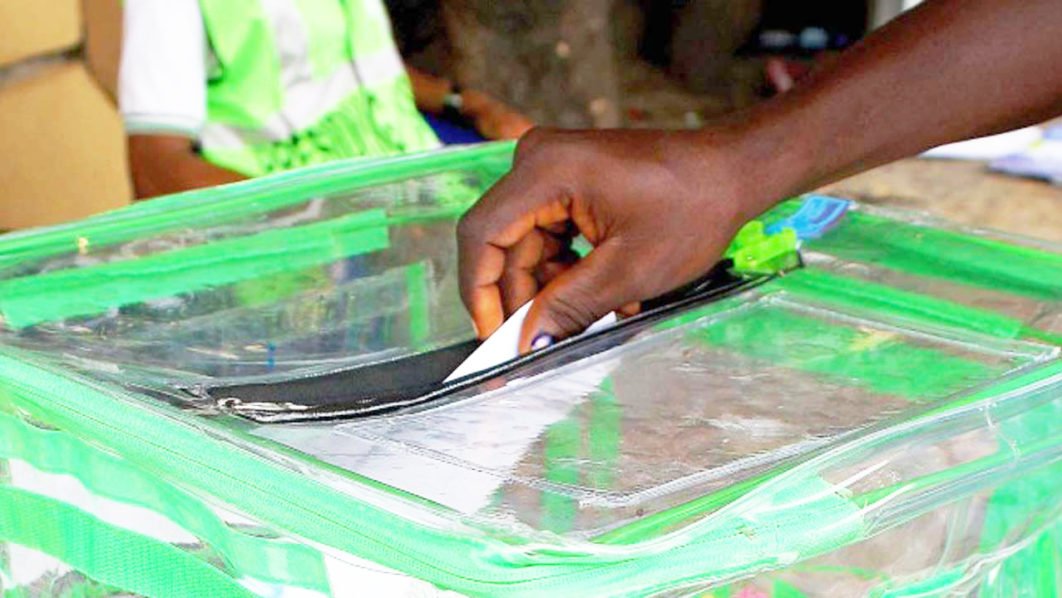 The Adamawa Local Government election held across the 21 council areas of the state on Saturday witnessed a low turnout and was generally peaceful with oppositions alleging that election did not hold in Song, Hong, and four other local government areas.

Naija News had earlier reported that the State Independent Electoral Commission (ADSIEC)  slated today (Saturday), for the conduct of local government elections in the state.

An APC chairmanship aspirant in Song local government, Hassan Dabuto and the party’s chairmanship candidate in Hong, Muda  Terrang said election did not hold as at the time of the call around 4:00 pm.

“No election took place anywhere in Song as I speak to you now,” Dabuto said.

“Election did not take place in Hong,” he said.

The organizing secretary of  All  Progressives Congress (APC), in the state Ahmed Lawal said there were reports of irregularities in most local government areas.

‘’We got disturbing reports of irregularities in some local government areas.

But the state chairman of the People’s Democratic Party, Barr A T Shehu commended the state independent electoral body for organizing a smooth and hitch-free exercise.

“The exercise is going freely and smoothly. People have been allowed to freely cast their votes for their chosen candidates,” he said.

Meanwhile, the chairmanship candidate of Action Alliance (AA), in Mubi North Local Government Yusuf Lawan, has protested the absence of his party logo on the ballot paper.

Lawan and his supporters who protested to Adamawa State Independent Electoral Commission (ADSIEC) in Mubi called for the suspension of the election for the mistake to be rectified.

“We presented our case but the officials are still going ahead with the election. We shall meet in court,” Lawan said.

Lawan explained that the logo bearing AA was not that of the party.

The logo was bearing the symbol of a spoon instead of the star which is the correct logo of AA.

“The logo has AA written beneath and at the same time carry AAP within it; its definitely not my platform,” Lawan said. 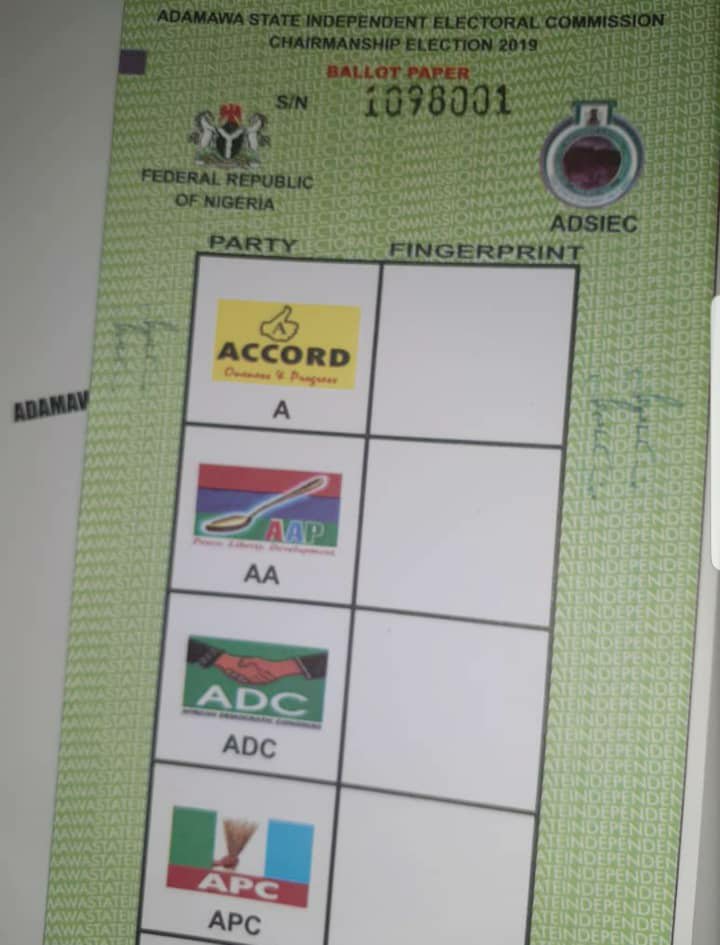 However, when contacted on all the allegations, the chairman of the state electoral umpire, Isa Shetima noted that no report of non-conduct of election or not the appearance of party logo.

“As I speak to you, I did not receive any report about non-conduct of the election in the said local governments or any party logo missing.

” To the best of my knowledge, we have deployed men and materials to the local governments. So election should hold except there are logistical challenges,” he said.