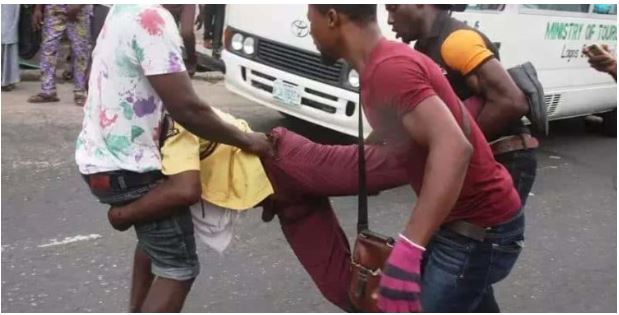 A tricycle rider, identified as John Fabunmi was on Friday arraigned before an Ikeja Chief Magistrates’ Court, for allegedly beating personnel and officer of the Lagos State Traffic Management Authority (LASTMA).

This comes after the Lagos state governor, Babajide Sanwo-Olu visited the LASTMA office where he restated his commitment towards the welfare of the officers.

Naija News understands that Fabunmi is facing a four-count-charge bordering on assault, unlawful damage and breach of peace.

Although he pleaded before the court not to be guilty of all the charges levelled against him, the prosecutor, ASP Akeem Raji said that the defendant  alleged that the defendant committed the offences on June 15 at 8.30a.m. at Aguda Bus Stop, Ogba, Lagos,

Raji said before the court that the defendant severally beat the officer identified as Ayodele Omotosho, pushed him into a gutter, tore his uniform and again proceeded to damage his phone.

“The defendant also sat on him and soaked his uniform in the mud, following an argument,” the prosecutor said.

This online news platform gathered that the Chief Magistrate, Mrs A.O. Layinka granted the defendant a bail of N200,000 with two sureties in like sum.

In her order, Layinka ordered that the sureties must be gainfully employed and have evidence of two years’ tax payment to the Lagos State Government.

She, however, adjourned the case until July 23 for mention.