Kyari, who replaces Dr. Maikanti Baru as NNPC GMD, will be the “19th Group Managing Director of the National Oil Company,” the statement added.

Born January 8, 1965, Mele Kyari, a geologist, rose from a relatively unknown a crude oil marketer in the oil industry to the position of the NNPC GMD with outfield pedigree in petroleum economics and crude oil and gas trading.

Kyari, whose professional experience spans 32 years, has traversed the entire value chain of the petroleum industry posting resounding performance in all his assignments and duty posts.

A creative, versatile professional with a strong educational grounding in Geology. Mele Kyari is from Borno State, northeast Nigeria and is not related to Abba Kyari, President Buhari’s Chief of Staff as touted in some quarters.

The new NNPC GMD attended Government Community Secondary School Biu in Borno State between 1977 to 1982. He graduated from the University of Maiduguri in 1987 with a Bachelor of Science in Geology and Erth Science.

Male Kyai did his National Youth Service Corp (NYSC) as a Well Site Geologist with the Directorate of Foods, Roads and Rural Infrastructure (DFRRI) between 1987 and 1988.

Kyari worked with the Nigerian Geological Survey Agency between 1988 and 1991 before joining the NNPC subsidiary, Integrated Data Services Limited (IDSL), where he worked as a Seismic Data Processing Geophysicist in the Data Processing Department. 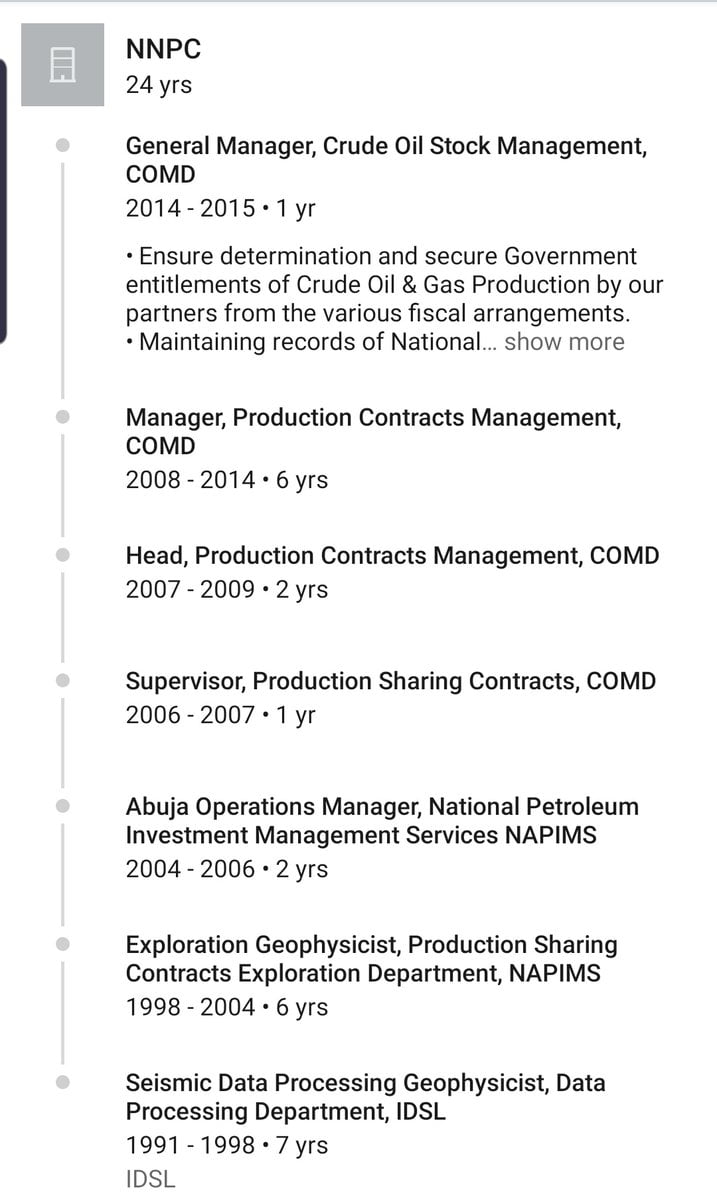 The new NNPC GMD was appointed the Exploration Geophysicist Production Sharing Contract (PSC) of the National Petroleum Investments Management Services (NAPIMS) in 1998. He became the Abuja Operations Manager of NAPIMS in 2004.

Mele Kyari was appointed the Supervisor PSC, Crude Oil Marketing Department (COMD) of the NNPC in 2006, from where he rose to the position of Head, and later Manager of Production Contracts Management of the COMD between 2007 and 2014.

The new NNPC GMD traversed the entire value chain of the petroleum industry within the last 27 years, posting resounding performance in all his assignments and duty posts.

He is also a unionist, and many have cited his activism as a trade unionist as a likely reason why he is an advocate for transparency. He is fondly called by other unionists as “grand chairman.”

Mele Kyari participated in various deepwater projects across the globe.

He led a team that proposed and managed the Direct Sales and Direct Purchase (DSDP) arrangement of Petroleum products from 2016 to date, a process that saved the nation $1 million in 2016 when compared with the previous crude SWAP arrangement with products. 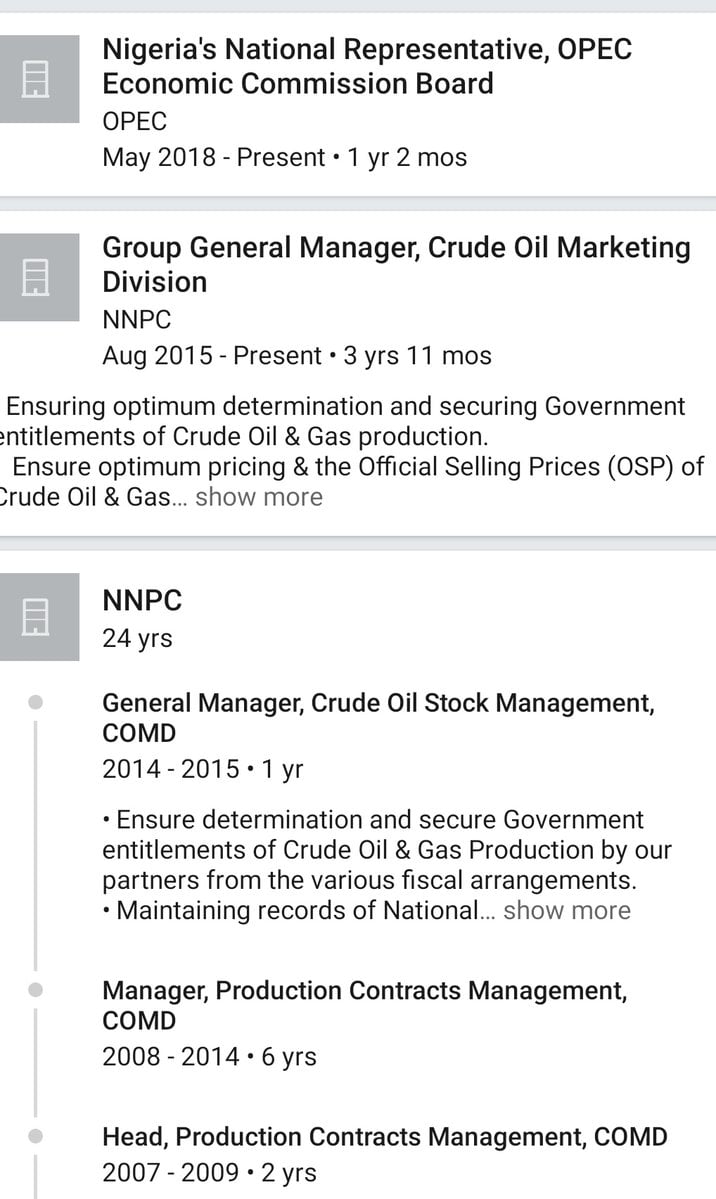