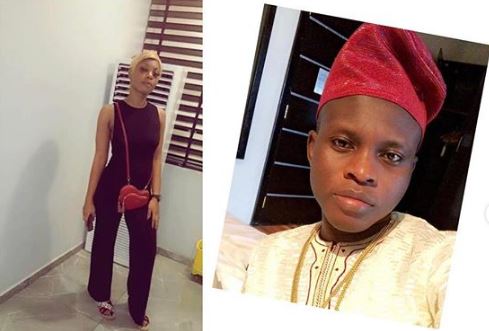 A middle-aged lady identified as Jessica Ada has been killed while her boyfriend of few years, Emmanuel, aka AJ has been injured after some operatives of the Special Anti-Robbery Squad (SARS) attacked them on Friday.

The duo was said to have been attacked by the operatives while returning from a night club, Club J5 in the Olodi area of Apapa, Lagos state on Friday.

Naija News understands that the duo was attacked on Saturday morning at 6:30 am while returning from the club.

This news platform understands that the SARS operatives traced them to their destination and opened fire against them.

Jessica was repeatedly shot in her stomach and her laps while Emmanuel was shot at the back of his head but their friend who is the third in their vehicle was unhurt.

Jessica was said to have died almost immediately while Emmanuel is currently in the hospital struggling for his life.

The officers who were said to have perpetrated the crime were later identified by some eyewitnesses and the DPO of Trinity Police Station who was said to have confirmed that they have been transferred to the headquarters in Ikeja for interrogation and possible prosecution.