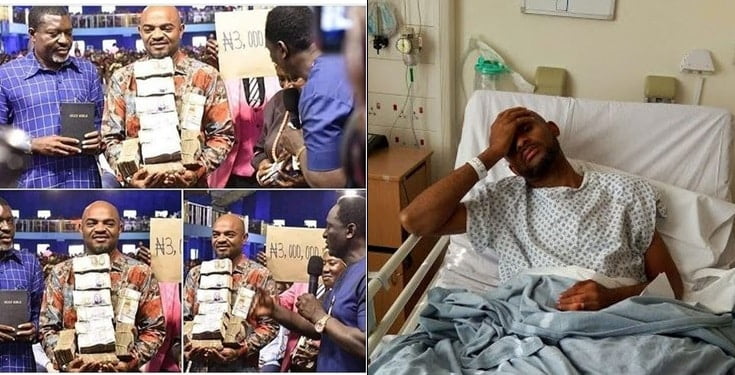 Naija News reports that Leo Mezie had been ill for a while and is battling with a disease unconnected to the dysfunction of his kidney.

Leo Mezie had been battling to raise a sum of N20 million for a kidney transplant abroad before the church founder came to his aide.

Naija News understands that the president, Actors Guild of Nigeria (AGN) Ejezie Emeka Rollas had earlier taken the actor’s predicament to the prophet.