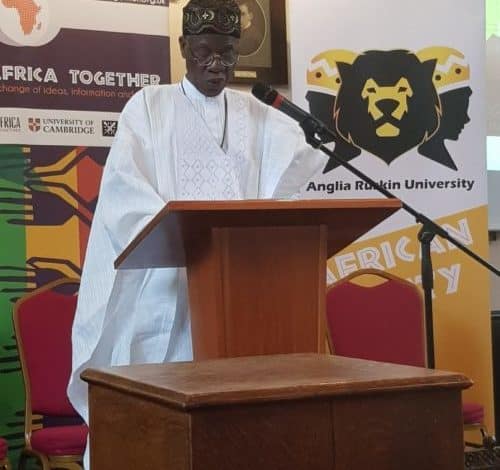 The Federal Government have denied the insinuation that it was behind the calls and fight for the removal of Senate President Bukola Saraki, as the call is entirely a party affair.

AlhajI Lai Mohammed, the Minister for Information and Culture made this known on Tuesday when he paid advocacy visit to the Abuja office of Blueprints Newspaper.

He stated further that the call for the removal of the Senate President by the party is legal, following the defection of the senate leader from the All Progressive Party (APC) to the People Democratic Party (PDP).

Muhammad stated that the failure of the National Assembly to reconvene on Tuesday, to approve the INEC supplementary budget for 2019 elections is worrisome.

NAN reports that the Minister visited Blueprint to rally support for the war the federal government is waging against fake news.

Fielding questions from the management of the newspaper, he said that sudden change of decision by the National Assembly to reconvene came by surprise but the Executive was reaching out to resolve the impasse.

“We were surprised that it is being postponed, but I want to assure Nigerians that as we speak, the executive is reaching out to the legislators to resolve this.

“This is not about playing politics, elections must hold, no alternative to holding the 2019 general election.

“We appeal to the sense of patriotism of our National Assembly members to put differences with the Executive behind them, real or perceived ones.

“They should also put party differences behind them and do their patriotic duties.

“We believed that the impasse will be resolved very soon in the interest of the nation.

“The seed of discord we are witnessing in the National Assembly today was sowed when Sen. Bukola Saraki installed himself as Senate President against the wish of the party.

“As a matter of fact, not more than 12 members of APC Senators were in the Senate Chamber when Saraki emerged as President of the Senate because the bulk of them were at the International Conference Centre waiting for President Muhammadu Buhari.

“The practice all over the world is that the party with majority will determine the leadership of the Assembly,’’ he said.

The Minister said that the emergence of the Senate Leader from the minority party should not be compared to the scenario in 1979  when the leader of the House of Representative came from a minority party.

“The 1979 scenario being used as justification was not correct because the NPN was unable to have majority in the House and therefore merged with NPP.

“The NPN and the NPP sat together and agreed that while NPN takes control of the Senate the NPP will take control of leadership of the House of Representatives,’’ he said.

Mohammed said the matter was made worse when Sen. Ike Ekweremadu of PDP emerged as Deputy Senate President and Saraki also decamped to PDP.

“By making PDP as Deputy Senate President, the APC is done for. This is a danger and time bomb waiting to happen.

“It is legitimate for the party to say, if you leave my party upon which you ride to become Senate President it is only right for Saraki to leave the seat,’’ he said