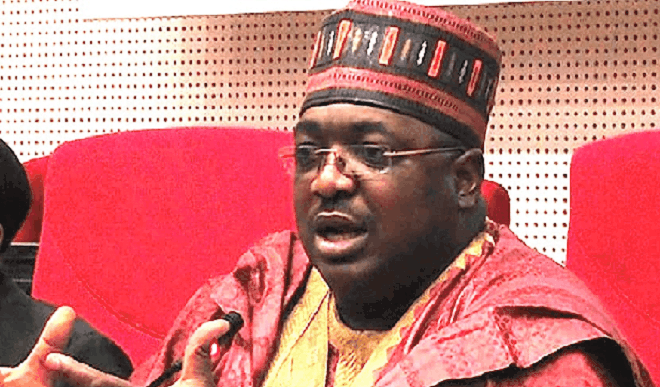 Philip Tanimu Aduda, the Senator representing the Federal Capital Territory (FCT) in the National Assembly, has debunked the claim that he has defected from the Peoples Democratic Party.

Aduda, while speaking with newsmen, on Thursday, urged his supporters to disregard any report that he has defected to the All Progressives Congress.

“I want to make it clear that I did not defect from PDP to APC as being reported by some media outlets and on social media. I remain in PDP and I will have nothing to do with APC,” he said.

Aduda, while speaking through his special adviser on political matters, Abdulrahman Mohammed Takushara, stated that he had been a member of PDP since 2003 and has seen no reason to leave the party the brought him to the National Assembly.

Aduda also condemned the siege on the National Assembly by men of the DSS in the attempt to debar the lawmakers from their constitutional responsibilities.

“I condemn in its entirety the illegal, discriminatory, and nefarious occupation by the DSS of the National Assembly complex,” he said.