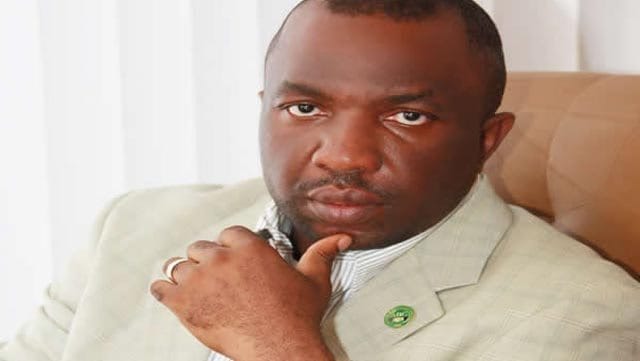 I Was Offered Oil-Well, Billions Of Dollars To ‘Kill’ ADC – National Chairman

The National Chairman of African Democratic Party (ADC) Ralph Nwosu has  accused President Muhammadu  Buhari of allegedly stealing the  ‘change’ slogan and the manifesto of his party through the Congress for Progressive Change.  after he rejected the idea of the party.

Nwosu explained further that  his first point of call after registering the party in 2006 was General Muhammadu Buhari but that he rejected the idea of the party only to copy the ‘change’ slogan and the manifesto.

Naija news learnt that Nwosu disclosed this yesterday, while welcoming a governorship candidate of People’s Democratic Party (PDP) in the 2015 governorship election in Ogun State, Gboyega Nasiru Isiaka into the party.

Ralph Nwosu, also  revealed that he was allegedly offered oil well and billions of dollars as a bait to destroy the party from flying since its adoption by former President Olusegun Obasanjo’s movement.

He however denied the allegation that the party has been  bought from him by Obasanjo’s coalition.
At the event held at Olusegun Obasanjo Presidential Library, Nwosu  also said he has spent his personal resources to the tune of over N600 million to build the party and that he was not ready to sell the conscience of the nation.