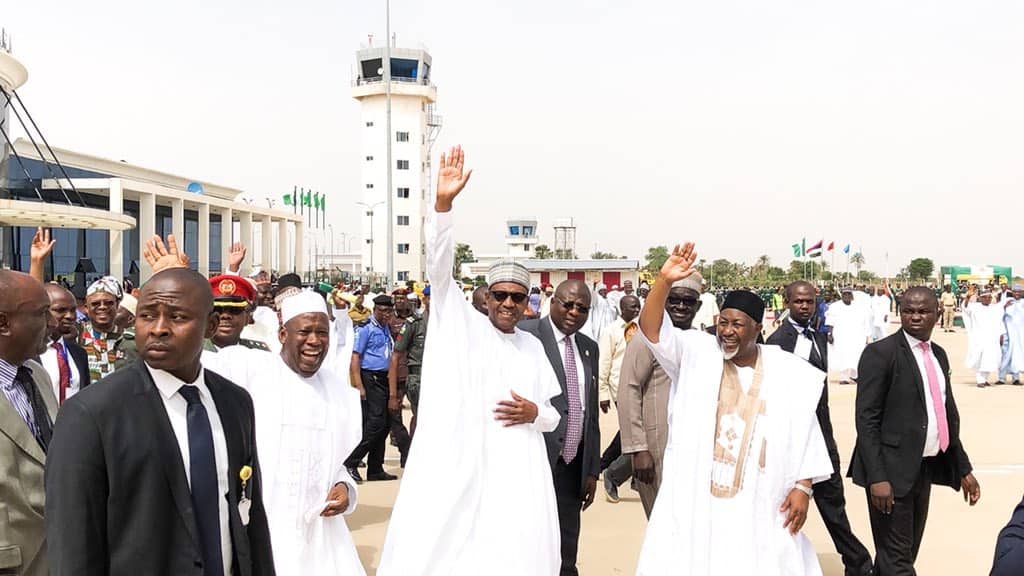 President Muhammadu Buhari has arrived in Dutse, the Jigawa State capital for his two-day working visit to the state.

According to the Twitter handle of one of the media aides to the president, Bashir Ahmad, Buhari is currently in the state.

The President is expected to commission projects as well as attend a state dinner during his visit.

President @MBuhari starts a two-day working visit to Jigawa State this morning, during the visit he is expected to commission some projects executed by the State Government in Hadejia, Auyo and Dutse. #PMBinJigawa pic.twitter.com/MNO5mf4rsm

The arrival of President @MBuhari earlier in Auyo LG, Jigawa to officially flag-off of the rehabilitation of 5,345HA and expansion of 778HA works at the Federal Ministry of Water Resources’ Hadejia Valley Irrigation Scheme. #PMBinJigawa pic.twitter.com/uC48Kkb3Qz

Meanwhile, few reactions expressed alarm at the seeming warm welcome that the president has received in Dutse saying, the slander on Buhari is like fuel to love him more.

The Slander on him is like fuel to love and cherish him the more. #PMBinJigawa pic.twitter.com/gJ1SPF4Uxe