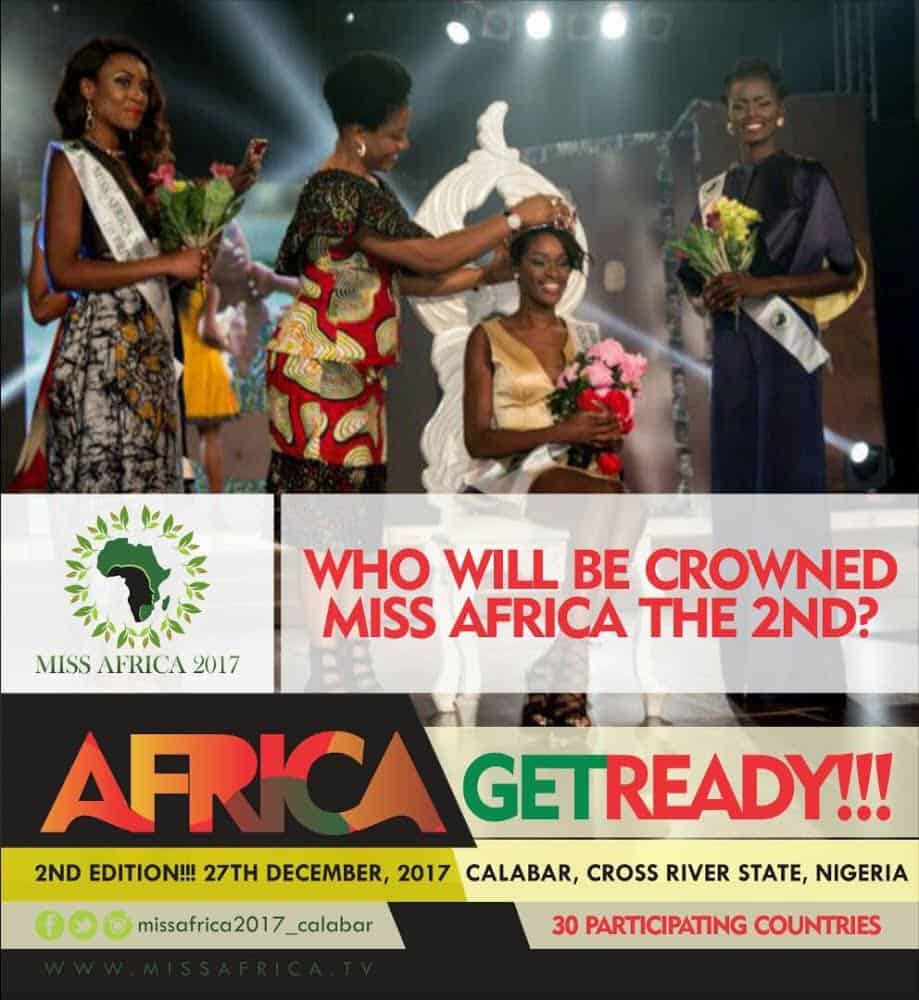 Introducing the 2nd Edition of #MissAfrica2017 beauty pageant which is to be hosted in the beautiful city of Calabar Cross River State, holding at The prestigious Calabar International Convention Center(CICC) on December 27th 2017 Eve to Carnival Calabar, Africa’s biggest street party with the theme #MIGRATION

30 participants across Africa will compete for the prestigious crown, 50,000 US dollars and a brand new SUV by combining beauty and brains to propose new ways to reduce the effect of climate change and migration on the environment. 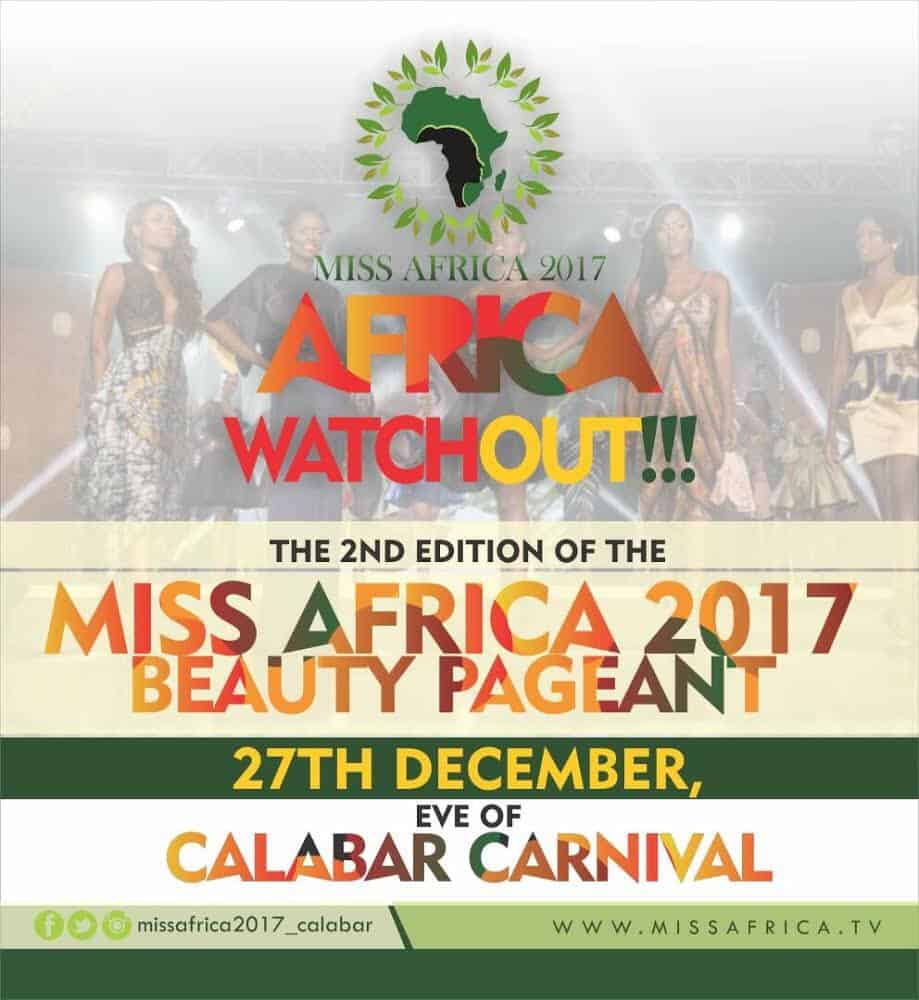 The Miss Africa beauty pageant with a theme Climate Change; a tool for sustainable development seeks to crown a Queen who will become the African Ambassador on Climate Change, spreading the word, educating people and teaching practical ways that we can collectively help reduce the adverse effects of climate change and create new ways to handle #migration across the globe.

Auditions are currently ongoing in all the participating countries with the Nigerian auditions scheduled to hold in Calabar, Cross River State Nigeria.

After the selection process there will be a press conference unveiling all the contestants from the different countries and fans from across Africa can begin voting for their country representative or favorite contestant.

The Boot camp will kick off in December and will begin at the breathtaking Obudu Ranch Resort and Tinapa business resort for the last stage before the finals on 27th of December, Eve of the Calabar Carnival.

The heat is on, as the contestants are partaking in a Miss Africa 60 seconds video challenge as a prerequisite to the selection process. All fans of the pageant will also have an opportunity to win a chance to watch the Miss Africa show live in December and also win free tickets by taking the Miss Africa challenge and telling us one way you will help support the fight against the negative effects of climate change.

The event which will be aired Live on DSTV Channel 198 will also have a daily show on TV and social media to enable fans follow their favorite contestants and vote to keep them in the game. 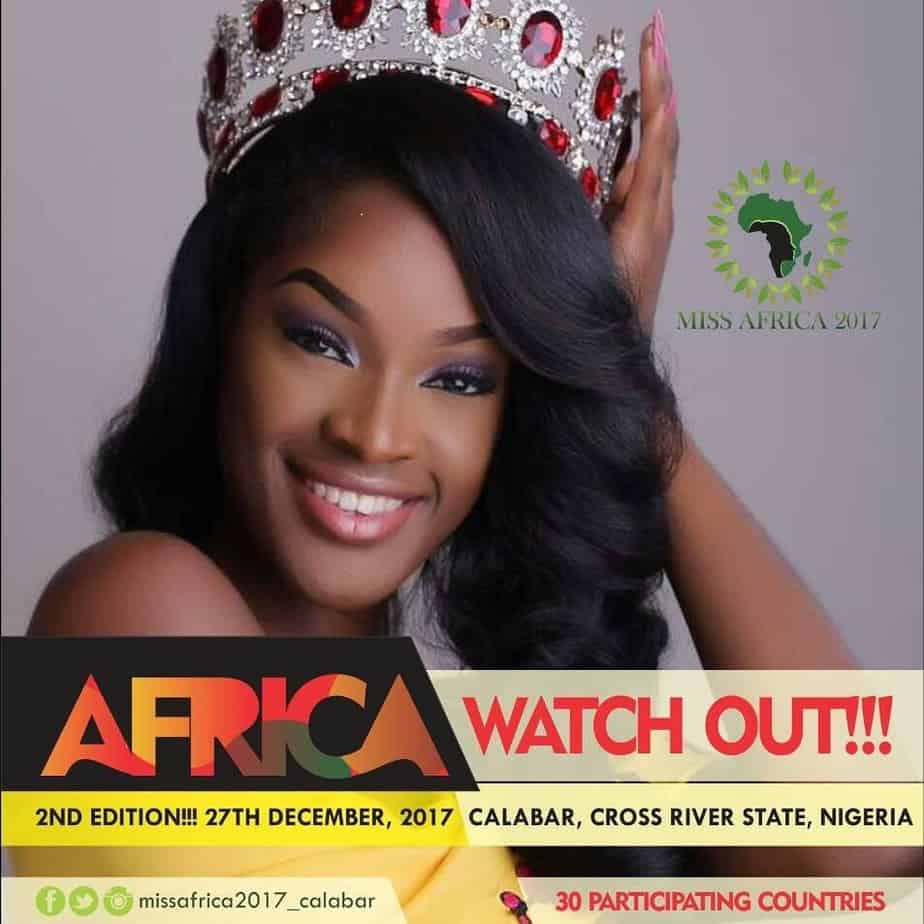