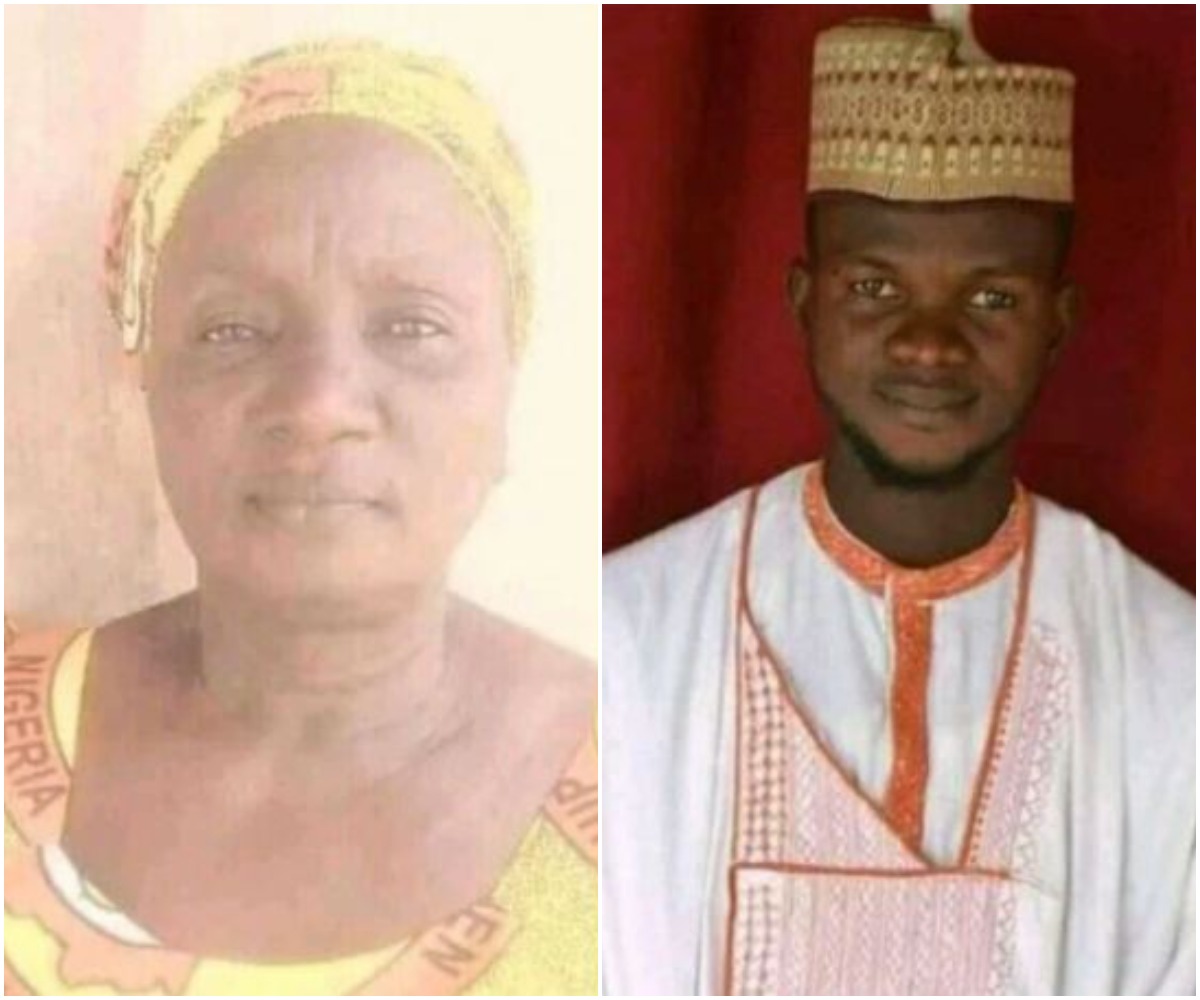 A Nigerian woman identified as Mrs Jummai Albert has reportedly died a day after burying her only son, Jerry Albert, who was brutally killed by suspected herdsmen in Adamawa State.

According to Thamie Khing, a Facebook user who shared the story, Jerry, a student of the Adamawa State University, Mubi, was attacked and slaughtered by the assailants on Tuesday night, August 31.

His mother was unable to cope with his death, died on Friday, September 3, a day after he was laid to rest.

Narrating the story, Thamie Khing wrote; ‘Jerry Albert. He was a good friend, and; a brother. A very easy to go with person.He was loved by many. Some call him by his real Jerry, but mostly the elderly, his peers called him Capto, some call him Brother Shaggi; because of his beard and funny ways…

On the evening of 31 August, I decided to visit my farm at Zakawon to check the progress of my workers. I got there, on my way I met Isaac and we went to look for the foreman. We met, and, after a little talk, we then went to look for Jerry. 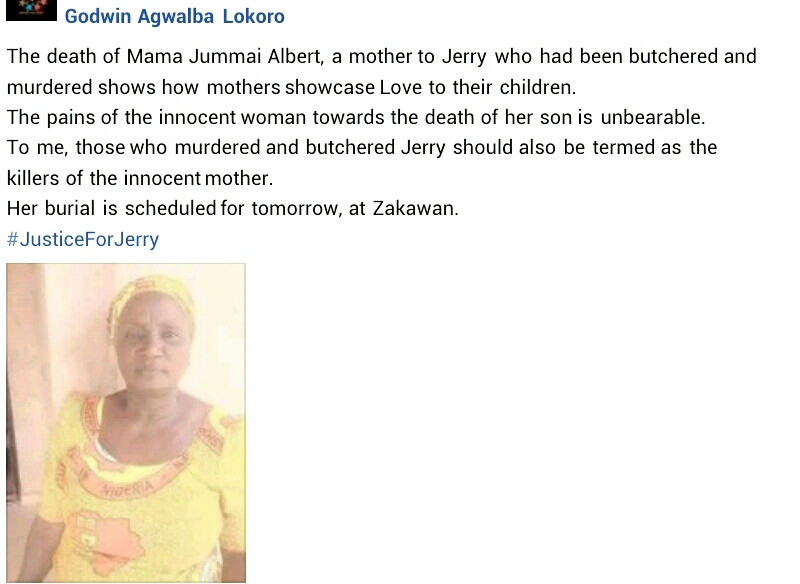 After the meeting it was at around 6:30 and he said he was hungry we should go home and eat. We got home ate, Isaac took his bible for a little sermon ( that he had a Virgil to attend), by 9:00 at LCCN Mamsirme. After spending a couple times with some friends, we headed to the church. 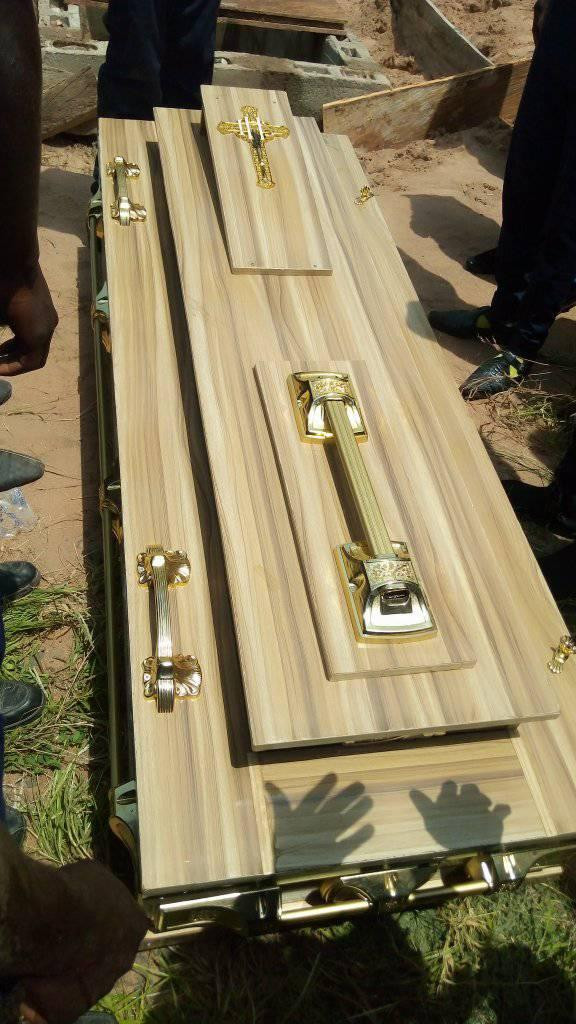 On getting to the church it was closed as if nothing was going to happen. We walk passed the church heading to my area at Mere. Jerry got a call from his friend in school and they were discussing about when he was going to return back to school, about his exams and project too. After the call they both made some jokes that was funny, we all laughed. He told me he’ll be going back to school soon, probably on Sunday and he is going to miss the Sukahawa dance that will be in two weeks time or so… We talk about the probability of ASUU strike then we approach the stream that separated. 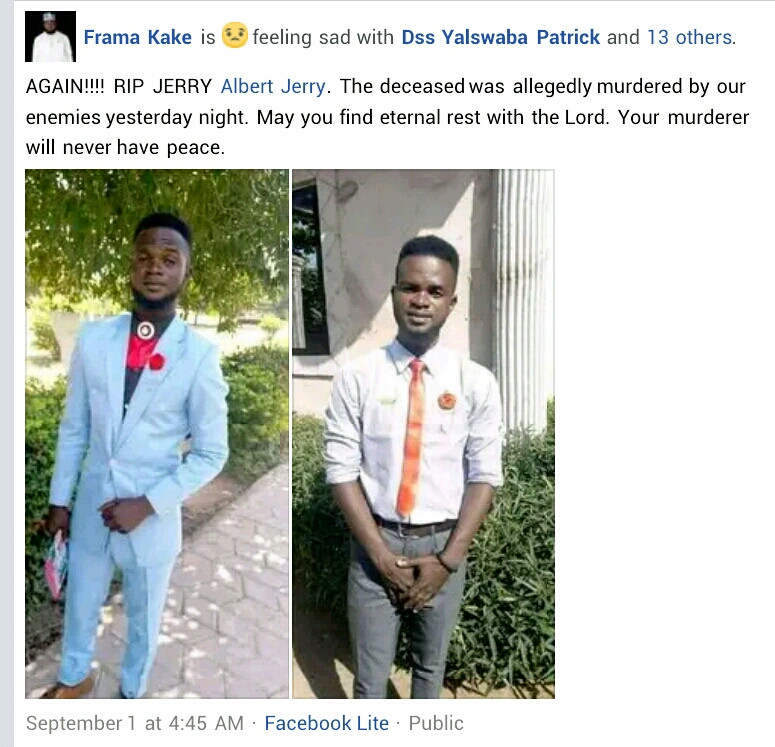 Mamsirme and Mere (the usual place they do leave me anytime they see me off). ‘Why are you folding up your pens?’, Isaac asked when we reached the usual place to leave him. I said I want to collect my phone at a house close by here and beside I don’t have a phone with me so I need his light. 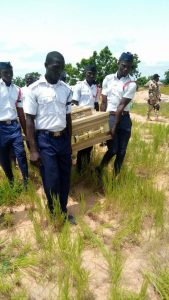 We got to the house, the person I’m to collect the phone from wasn’t at home so I told them I’ll just go from there, they should go back. He made a call and was asking about the vigil, if it is still going to hold, but the person he contacted was sounding as if she knows nothing about it.

Then we said farewell and they went back, I went home. Was inside with my Aunty’s phone, trying to see my reff contest update. Grandma came out and was talking to my aunty and was telling her she heard that they said Jerry was attacked and killed.

At that moment I tried calling him but, his number was not going through. Having doubt about the news as what they said was not clear. I got a call from my sister asking my whereabouts, I told her yes we’re about to go out. And she said a prayer. A few moments later, I got a call it was co.

The Pain Was Too Much For Her To Bear……