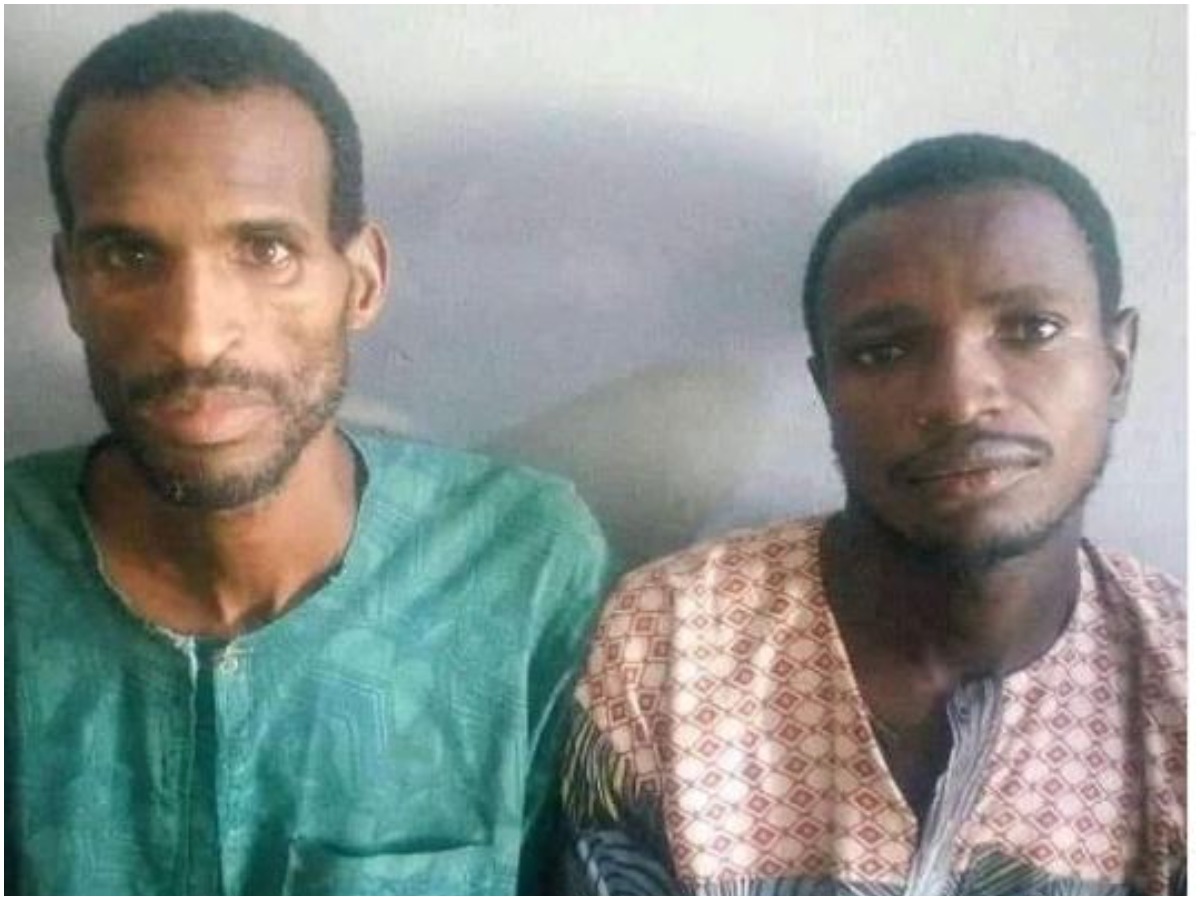 Two vigilantes-turned kidnappers, Abdulrahaman Alhaji Yakubu and Suleiman Lawan have been arrested by the Adamawa State Police Command for killing a man in Song Local Government Area of the state.

According to reports, the kidnappers invaded the home of the victim and were trying to whisk the young man away, when his elder brother came out to confront them leading to a shootout.

The father of the victim while coming out of his bedroom was shot and died instantly.

Concerned neighbours who gave the kidnappers a hot chase after hearing the sounds of the gunshots, succeeded in rescuing the victim.

The following morning, local vigilantes followed the footsteps of the suspects right from the scene of the crime to their various houses where they were apprehended.

Spokesperson of the command, DSP Suleiman Yahaya Nguroje, who confirmed the incident said that the suspects were in police custody, and would be charged to court for prosecution after investigation.