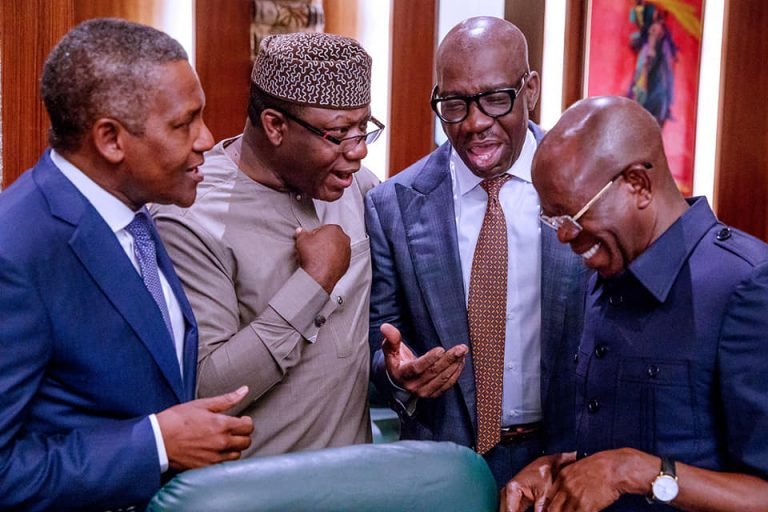 A former governor of Edo State, Comrade Adams Oshiomhole, has tackled some governors who claim they cannot pay the minimum wage to workers in their states.

He called on governors and those in political positions to use their offices to improve the lives of the people within their domain, urging them to be fair to all.

Oshiomhole, who said this on Saturday at the 10th anniversary of the Rotary Club of Abuja, Maitama, also argued that the rule of law was not necessarily about fairness or justice.

“So, it needs not coincide with what is fair and just. But that is the law and society will be administered or misadministered according to those laws. So, rule of law is not necessarily whether it is fair or just.

He continued, “When it comes to wages, it is about having the ability to pay, I should pay according to my resources. But when you, as governors, are buying vehicles, you pay according to the market value of the vehicles.”