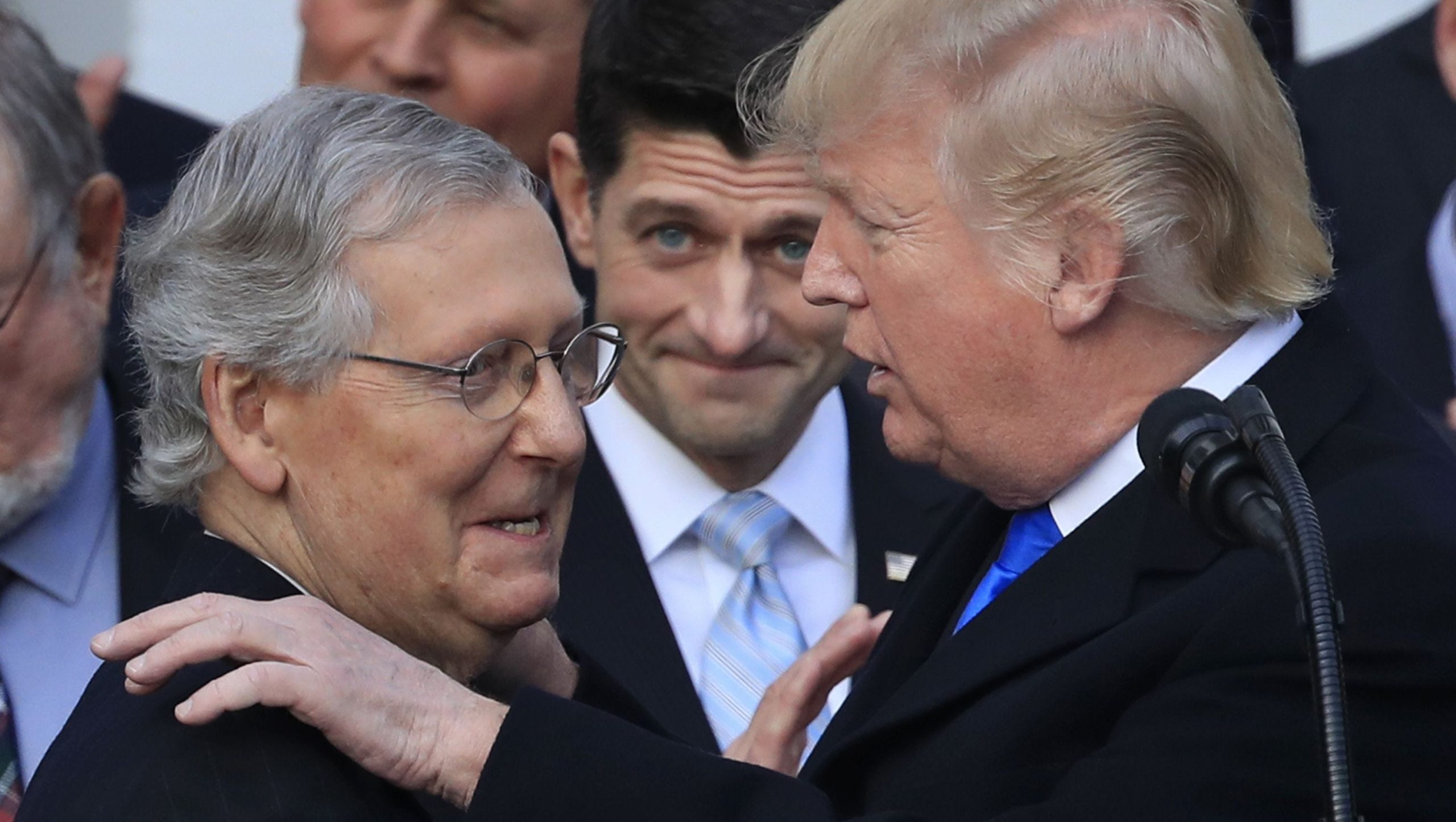 It could be recalled that the outgoing US president was impeached a couple of days ago by the House of Representatives after fueling his followers with violent statements that resulted in unrest, and death of some persons in the country.

Naija News understands that Trump was since then given fair treatment by some Republicans as they refused to condemn his actions.

However, a few moments to the inauguration of the president-elect, Joe Biden, McConnell took a bold step to place the blame squarely on the outgoing US president.

He said: “The mob was fed lies, they were provoked by the president and other powerful people.

“And they tried to use fear and violence to stop a specific proceeding of the first branch of the federal government which they did not like. But we pressed on.”

Meanwhile, Nigeria former Minister of Aviation, Femi Fani-Kayode has commended the outgoing President of the United States, Donald Trump.
In a post on Twitter reacting to Trump’s farewell speech, Fani-Kayode stated that the embattled 45th US President stood against evil, Naija News reports.