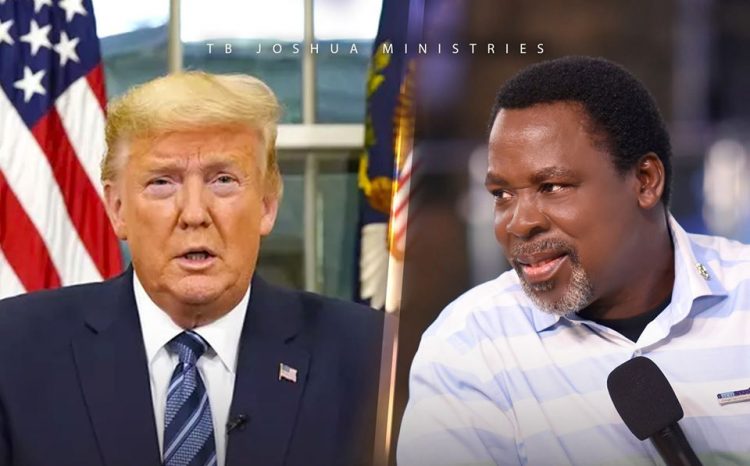 The founder of the Synagogue Church of All Nations (SCOAN), Prophet TB Joshua, says United States President, Donald Trump, should accept his defeat at the US election 2020.

Naija News recalls that Trump who was seeking a second term in the office on the platform of the Republican Party was soundly defeated by President-elect, Joe Biden, but he has refused to accept the outcome of the election, alleging that the US election election 2020 was rigged in favour of the former US Vice President.

In one of his sermons, TB Joshua said elections in any democratic country should never be about one person as the country is bigger than any single individual in what appears to be a direct statement to Donald Trump although he id not mention the name of Trump.

TB Joshua in a tweet on the micro-blogging site, Twitter via his Twitter handle, stressed that whatever happened, losers of elections must accept the outcome and then look to the future.

According to the Prophet, “Politics, campaigns and elections in any democratic country in the world are never about one person; it is about the country we care for and love.

“Whatever happens, we must accept the outcome and then look to the future – to Jesus, the Author and Finisher of our faith. Don’t forget – democracy is all about accommodation.

“All democrats must value the process of democracy more than the product.”

TB JOSHUA ON DEMOCRACY:
“Politics, campaigns and elections in any democratic country in the world are never about one person; it is about the country we care for and love. [1/2] pic.twitter.com/eH4HgnSt7D

TB Joshua’s statement is coming after he earlier predicted the outcome of the US election, which seems to favour Joe Biden, because he said he had something else to say, but after a new US president has been inaugurated.