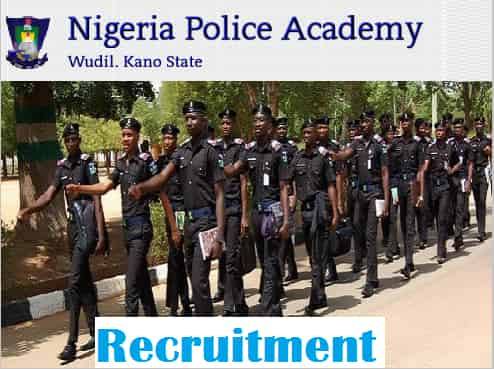 September 17, 2020, has scheduled for the entrance examination into the 8th Regular Course of Police Academy, Wudil.

The date was disclosed in a statement on Thursday, September 10 by the Kaduna State Police Command through its Public Relations Officer, ASP Mohammed Jalige.

Speaking with newsmen on Thursday in Kaduna, Jalige noted that the entrance examination would be taken as scheduled across the country. The ASP disclosed further that candidates from Kaduna Central are expected to sit for the examination at the National Teachers Institute (NTI), along Kaduna-Zaria Expressway.

The statement reads; “The Police Command in Kaduna State wishes to inform the general public, particularly Kaduna residents that, the entrance examination into the 8th Regular Course of Police Academy, Wudil, Kano is slated for Sept. 17, across the country.”

“Therefore, the command enjoins all candidates who applied for the programme to brace up and adequately prepare for the Computer Based Test (CBT), which will be conducted simultaneously on the same date nationwide.”

It added, “The command equally informs that candidates can now print their latest examination card, using either their telephone numbers or the RRR code, as required in the column provided, which is labelled as ‘Selection Examination Card.”

Meanwhile, Naija News reported earlier that officers of the Nigeria Police Force in Lagos State have arrested 4 journalist and 18 other persons protesting against fuel and electricity tariff hike in the country.