Home » Gist » COVID-19: ‘We Are Tired Of Mangoes, Give Us Real Food’ – Residents Lament In Niger 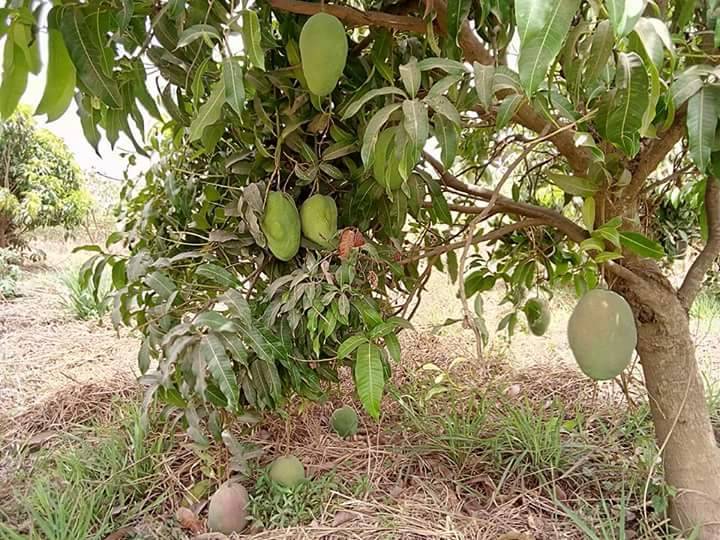 Some communities in Niger State has cried out over how hunger is dealing with them due to the current lockdown in the state, stating that the COVID-19 palliative distributed by the state government could not reach to them that they have only heard of it but have received nothing as little as it could be.

Naija News understands that Niger State amongst others has received supports from corporate bodies to cushion the effect of the dreadful COVID-19 pandemic on the poor.

The state under the leadership of Governor Abubakar Sani Bello has been delivered 500 bags of rice, 1,500 bags of macaroni and 500 cartons of Indomie noodles from Dantata, Sawoe and Maizube Holdings respectively.

However, reports have emerged that some vulnerable residents in Chachanga and Paikoro have received nothing from the palliatives, while others who received lamented that the package is very small in quantity.

According to a report, the blind people’s home known as ‘Gidan Makafi in Limawa, a community in Chanchaga, in Minna, Niger State, residents have been surviving on mangoes over the days due to their inability to go out amid the lockdown and food supply that reached to them was insufficient.

Speaking on their behalf, the leader of the blind people in the community, Rabiu Abdullahi, noted that the palliative that reaches to some of them was not enough.

According to Rabiu, who urged the government to give them more of the relief packages, noted that his people have been on the ‘mango diet’ since they could only eat that to survive at the moment.

He said, “These days, we are not having any other food other than mango, we thank God that it is mango season. Mango is now our food but we are tired of waiting for mangoes. We need real food.”

“I am the leader of the blind and we have over 150 men as members in Minna, not counting the women and some of these men have two or three wives and none has less than two children. So if you calculate it, you will see that we are more than 300,” Rabiu reiterates.

“What can 8 mudus of rice, maize, and millet with 12 spaghetti do to these families? It is not enough in any way. In my family alone, I have 13 children, so even a portion of this palliative could not even take us for more than a meal.”

“Unfortunately, my people did not believe this is all that they brought, they accused me of taking everything and bringing out something that is not realistic for us to share. But some of my members were there when they brought the food that day.”

Speaking on how the little palliatives which reached to them were shared, Rabiu said, “some people got two milk cups of each of the grains; some had to leave it for others to have. My people in Chachanga and Maitumbi didn’t get anything.”

He added, “We are feeling it more. If the rich people are crying about the impact of the lockdown, is it we beggars that will not cry? We are those that if they do not give to us, we won’t eat. For now, no one is giving us anything.

“These days, we eat only mangoes and we are tired of eating mangoes. We need real food. We hear on the radio, a lot of donation of food that the government has gotten and they say it is for the vulnerable and less privileged, then who are we? Are we not vulnerable? Are we not the less privileged? Then why can’t they give us enough that will go round and last us even if it is for a week?”

He, however, said also that he is disappointed with the state government over how his members were treated in a time like these.

“How did the state government in its wildest imagination want us to share 21 Mudus of grains among such a large number of households? If the government’s thinking agrees with the thinking of members of the public, it wouldn’t act this way. We are very disenchanted with the government officials including the state governor over their insensitivities to the plights of the poor people in the society,” he said.

Meanwhile, the State has earlier announced through its Task Force on COVID-19 that 8,220 bags of grains would be shared to the 274 wards across the 25 local government areas of the state to cushion the Coronavirus lockdown.

Naija News is aware that the state government also set aside N400 million to enable them to go through the lockdown period with ease.

Also, from the above-reported grains available for distribution, each ward is expected to get 10 bags of rice, 10 bags of millet, and 10 bags of maize from the palliatives from the state government.