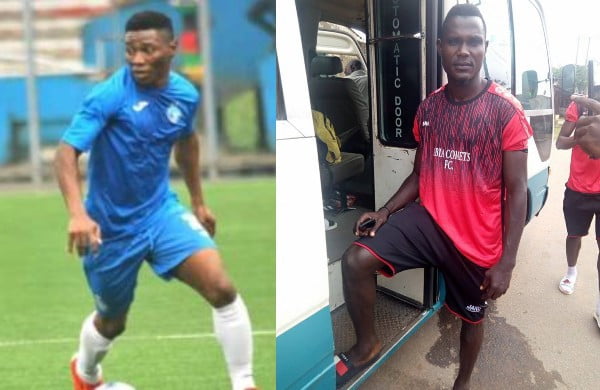 Two Nigerian footballers who were kidnapped a few days ago have been freed by their captors.

Naija News understands that Dayo Ojo who plays for Enyimba FC and Abia Comets footballer, Benjamin Iluyomade who were both swindled away by unknown location by kidnappers on March 22 at Ipele, along Benin–Akure road have been reportedly released.

It reads; “GREAT BIG NEWS! Our midfielder man, Dayo Ojo has regained freedom from his kidnappers.”

However, the amount of money paid for their release is not revealed but it could be recalled that the kidnappers had earlier cut down to N20m the ransom for the duo, which differs from the initial N100m demanded.

Naija News had reported in another news two weeks that gunmen suspected to be kidnappers attacked a bus conveying some youths who are reportedly travelling to Zamfara for their NYSC Orientation.