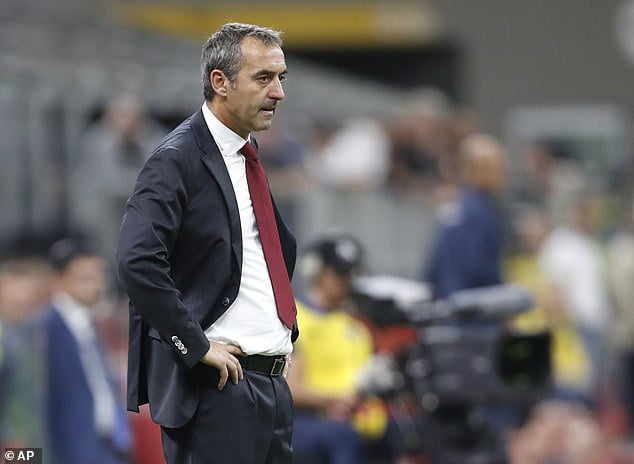 AC Milan on Tuesday evening announced the sacking of manager Marco Giampaolo after a poor run of results.

Giampaolo, who last managed Sampdoria, took over this summer from Gennaro Gattuso.

The 52-year-old was unable to replicate the success he enjoyed at the ​Stadio Luigi Ferraris.

The Italian’s time in Milan has end less than two months into the Serie A campaign.

AC Milan currently sit 13th in the Serie A table with  just three points above the relegation zone.

The club has won three and lost four of their opening seven matches of the league season.

Giampaolo’s last game in charge was a 2-1 win over Genoa at the weekend, but that result wasn’t enough to save his job.

A statement on Tuesday by Milan reads, “AC Milan announces it has relieved Mr. Marco Giampaolo from his position as coach of the First Team.

“The Club is grateful to Marco for the work carried out and wishes him all the best to come in his professional career.”

With the commencement of the international break, AC Milan have two weeks to get a new manager to take over at the San Siro.

The Italian giants were removed from the number of clubs that will bUe competing for the 2019-20 Europa League for breaching UEFA’s Financial Fair Play (FFP) rules.

Milan were reported by UEFA investigators over an alleged new breach of the break-even rule in its most recent monitoring period and the case was passed to its financial adjudicators.