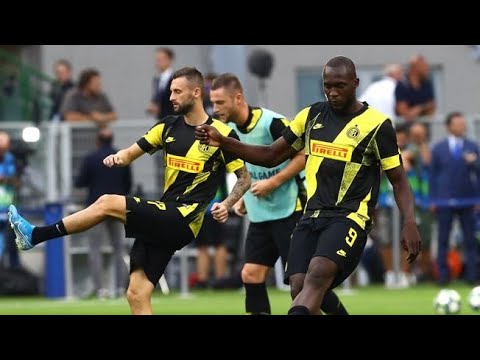 Inter Milan‘s 1-1 draw against Slavia Prague in the UEFA Champions League did not go down well with players of the Serie A club as there was a reported bust-up between striker Romelu Lukaku and team-mate, Marcelo Brozovic.

SportsMail reports that the duo had to be separated by Alexis Sanchez after the fight broke out in the dressing room.

The Serie A side needed a late goal to snatch a point, in their Champions League opener on Tuesday night.

The former Manchester United striker accused the Croatian midfielder of losing possession too many occasions.

Brozovic, in turn, criticized Lukaku over a missed opportunity in front of goal.

This is coming ahead of this weekend’s clash against AC Milan in the Derby di Milano.