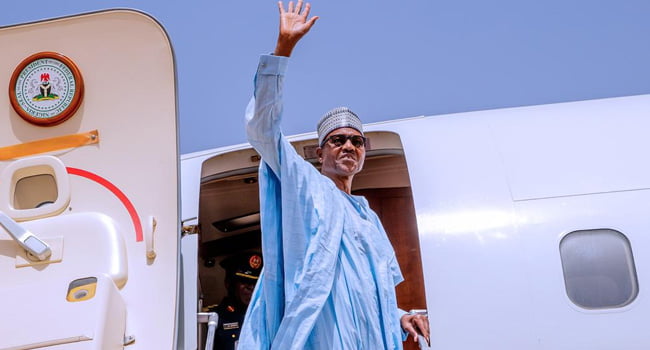 President Muhammadu Buhari is expected to leave Nigeria this weekend for the  United States, to participate in the 74th session of the United Nations General Assembly (UNGA74).

Naija News learnt that the travel plans of the president was made known by Tolu Ogunlesi, his Special Assistant on Digitial and New Media via his verified Twitter handle.

Naija News also understands that the General Debates will kick off on Tuesday, September 24, during which leaders of delegations will present their National Statements, as well as speak on the theme of the session.

The Presidential aide revealed that President Buhari was scheduled as number five Sseaker on the first day of the debates, as he is expected to underscore his administration’s commitment to building on the achievements of its three-point agenda, following the renewal of his electoral mandate by a majority of Nigerians.

The President’s participation at this year’s gathering of world leaders is particularly significant as it coincides with Nigeria’s Presidency of UNGA.

On June 4, 2019, Nigeria’s Permanent Representative to the UN, Prof. Tijjani Muhammad-Bande, was unanimously elected as the President of UNGA74 – an indication of the country’s high esteem in global reckoning.

This marks the second time Nigeria would be occupying that prestigious position following late Maj-Gen. Joseph Nanven Garba’s election during UNGA44 in 1989.