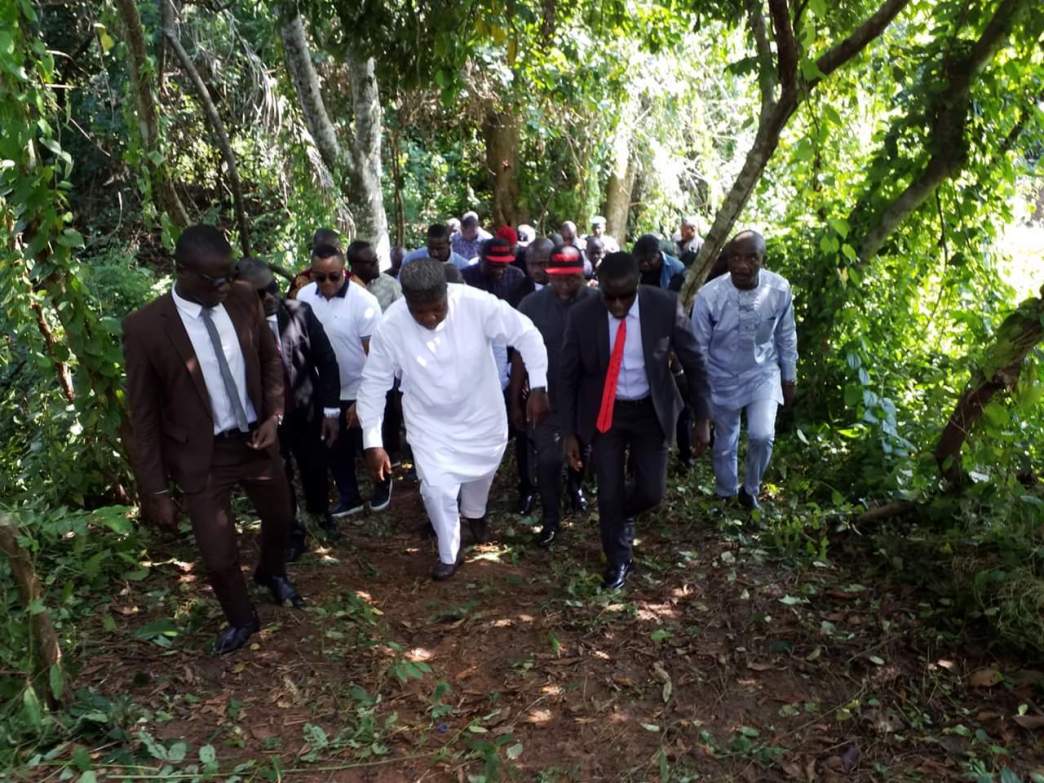 The governor of Enugu State, Ifeanyi Ugwuanyi ordered the destruction of caves that served as hiding places for bandits.

Ugwuanyi recently visited Port Harcourt. The opportunity for Enugu State to inspect places like Umuogbua Cave and the forests of Ihe-Agbogugu-Ogbaku-Amurri and Isu-Awaa-Agbudu.

Aside from their highly picturesque side, these places are reputed to be haunts for bandits, robbers or road cutters. Indeed, when they are pursued by the security forces after their crimes, they use these places as places of entrenchment.

In order to limit or prevent the activity of these bandits, Ifeanyi Ugwuanyi then decided to dismantle these dens.

Many states in Nigeria are often the scene of robberies or armed robberies. Last Friday, armed robbers killed at least 10 people, including a police officer, during an attack at a police station and two banks in southern Nigeria.

The attackers first attacked a police station to steal weapons, before going to two banks Thursday in Igarra, Edo State, the source said.