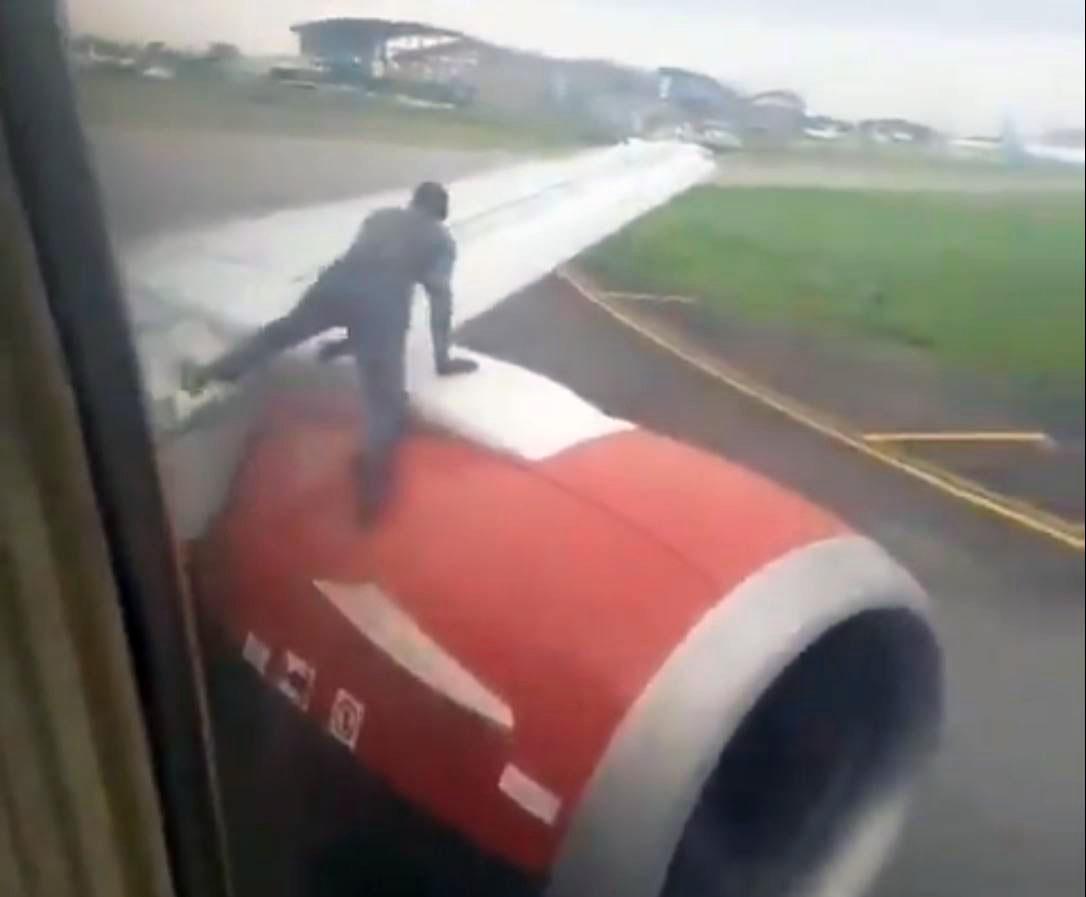 The Federal Airports Authority of Nigeria (FAAN) has revealed that Nigerien-born Usman Adamu was the individual that climbed an Azman Airline at the Murtala Mohammed International Airport, Lagos.

Naija News had reported that there was serious panic among passengers on board a Port Harcourt-bound plane after an unidentified man prevented an aircraft from leaving the Airport.

In a video shared on social media, a man could be seen to have made his way from the bush towards the plane which was already taxing on the runway.

Reportedly, when the pilot saw the man, he slowed down the plane, after which the man was said to have climbed the engine and dropped his bags inside.

It was reported that the plane and the passengers were stood up for 30 minutes, after which security officials of FAAN arrested and took him away.

Speaking on the incident in Kano State, the Managing Director of FAAN, Captain Rabiu Hamisu Yadudu, disclosed that the organisation has launched a thorough investigation which resulted in the suspension of four staff.

He noted that the probe would ascertain the remote and immediate causes of the security breach.

According to Yadudu: “The suspect, identified as Usman Adamu suspectedly of Nigerien origin, and who claimed to be residing at No 1 Araromi Street , Iyana Ipaja on the 19th July, 2019 was reported to have appeared at the domestic end of the taxiway and attempted to gain access to the aircraft, while it was taxing to the holding point.

“The pilot alerted the Air traffic control and the message was intercepted by the Aviation Security control monitoring centre who mobilized the patrol teams to the incident.

“He was apprehended, detained and is currently with the Airport Police Command, as our investigation progresses.”

Speaking further, FAAN MD stated that the authority considers the incident a serious security breach and an Airside incursion.

He added: “This is unfortunate and most embarrassing bearing in mind the huge effort and resources dedicated to the maintenance of the integrity of Airside and Airport safety.

“We do understand that the security wheel is ever revolving with new and emerging threats daily and we have been working with all our stakeholders and the regulatory agency (NCAA) in addressing our living security challenges.”