Protesters will on Sunday storm the headquarters of Commonwealth of Zion Assembly (COZA) in Abuja to register their grievances over rage allegations levelled on Pastor Biodun Fatoyinbo.

This is not the first time the pastor would be accused of rape. In 2013, one Ese Walter, a member of his church accused him of molesting her.

Fatoyinbo had also denied the allegation, attributing it to his enemies and threatening to sue.

In a post widely circulated on social media, the #ChurchTooMovement vowed to storm the church headquarters.

“If you are outraged by the alleged sexual abuses perpetrated by pastors and so-called ‘men of God’, join us for protest March to COZA church. 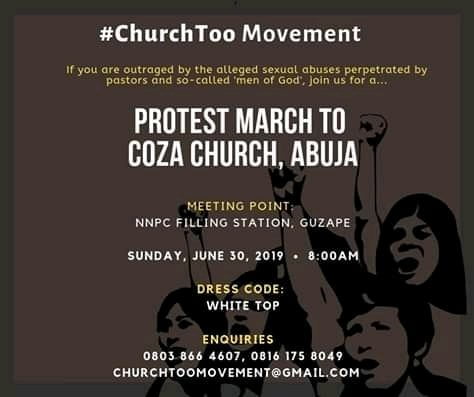