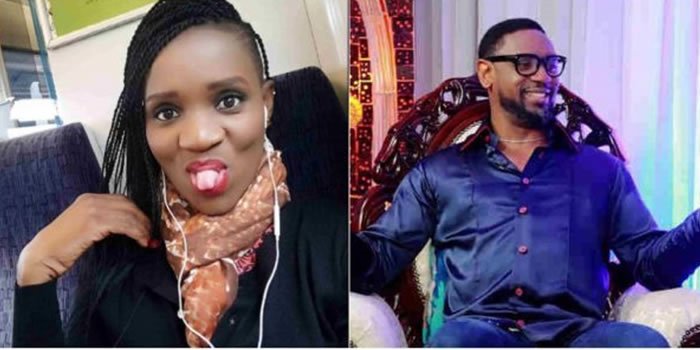 Ese Walter, the lady who accused the founder of the Commonwealth of Zion Assembly, Biodun Fatoyinbo, of sexual assault in 2013 while she was attending the church has called on Nigerians not to involve her in the new scandal involving the COZA pastor.

Naija News had earlier reported that award-winning singer, Timi Dakolo on his Instagram account accused the pastor of sexually abusing females in his church.

The singer had claimed that the pastor sexually abuses his female members leaving
them mentally strangled.

Though Timi Dakolo did not mention the name of the pastor, many Nigerians assumed that he is speaking about COZA pastor and also make reference to Ese Walter’s allegations which took place in 2013.

Ese who took to her Facebook page called on people to leave her out of the recent scandal. Read what she wrote;

“Allow me reintroduce myself…
.
My name is Ese Walter. FIRST of her name. I am an author (and all round writer), self taught yogi (currently about a yoga teacher’s training so I can teach you safely) and mother (Boobbabies is the nick name for my children, Boobman and Boobgirl)
.
What you have just read above is what I am consistently creating for myself in this moment. I am currently on a 90 days, habit building, ACTION plan to become the highest expression of myself in these roles I play.

I am not your poster girl for any trending stories, I am not a victim of anything (although I played this victim role for years until 35 hit ) and finally, I am not open to your discussions about my past. If you choose to live there, be my guest, just quit your attempts to pull me along with ya The tongue photo is actually for you

Lastly, if you have not healed from your pain, hurting others will not heal you. Trust, I know. Plus, your pain is here to teach you. It is here to bring out the fire in you. It is that fire that propels you in the direction of your dreams (I am assuming you have dreams…if you don’t, ain’t no shame, sit with yourself and build one)
..
This sounds like a new month Motivation