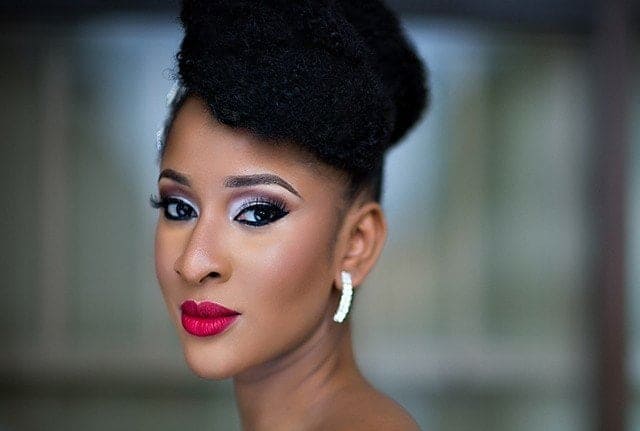 The trailer of the new movie, MUNA is out and superstar actress, Adesua Etomi-Wellington is seen displaying excellent martial arts skills.

‘Muna’ is a Nollywood-Hollywood action crossover, which stars Adesua as the titular lead and was directed by Kevin Nwankwor.

The film, written by Unoma Nwankwor, centred around human trafficking and follows Muna, who finds love after being trafficked to Europe and has come of age.

‘Muna’ is the story of a spirited girl raised by her grandmother; the last surviving member of their family.

In her driving desire to provide a better life for herself and grandmother in the land of milk and honey Muna’s life leads to shady characters that will change her life forever.

She lands in the hands of traffickers. That experience turns her once golden heart into one driven by stone cold revenge on those who stole her innocence.

NAN reports that since the movie was first announced in 2017, clips of Adesua having martial arts training in preparation for the role had flooded the internet.

In the trailer, she is shown as a swift hit woman who employs these fighting skills to get revenge from the trafficking den.

‘The Wedding Party’ actress has experienced tremendous growth in her career over a short while.

In April, Adesua was ranked alongside Hollywood’s superstar, Scarlett Johansson as the world’s most famous actresses.

She was featured on the cover of Vogue magazine with a special article and interview with the title, ’14 Countries, 14 Superstars: The Global Actors Who Know No Limits’.