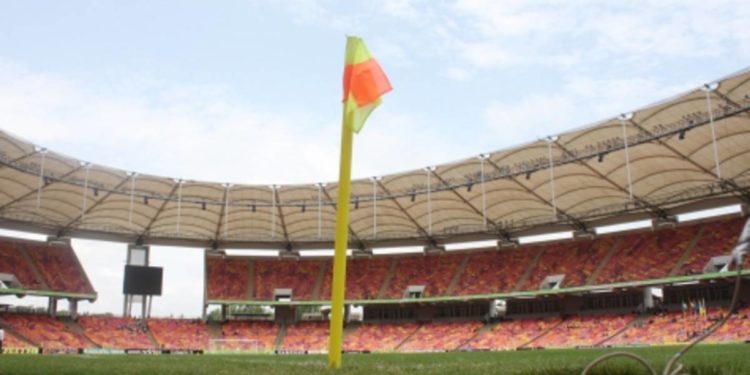 Naija News understands that henceforth the Abuja stadium will now be called the Moshood Abiola stadium.

The President made this known while delivering a speech to mark the 2019 June 12 Democracy Day celebration at the Eagles Square in Abuja, Nigeria’s capital territory.

This coming in less than one month into Buhari’s second term as President of Nigeria.

The Nigerian Television Authority (NTA) made the declaration via its handle on the microblogging site, Twitter.

The move is not unconnected to the fact that the President renamed the stadium to honour the late winner of June 12 1993, Presidential Election although, the election results were annulled by former military President, Ibrahim Babangida.

Recall that in a bid to honour the ‘father of democracy,’ Nigeria now celebrates June 12 as democracy day, although the May 29, celebration is still very much relevant in the history of the country.

Recall that on the 6th of June 2018 Buhari had also awarded Abiola posthumously with Grand Commander of the Federal Republic (GCFR), a title meant only for Presidents.