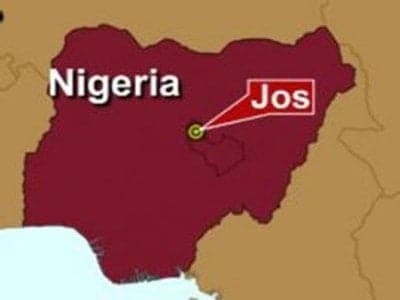 Naija News understands that the crises which engulfed about three communities over the weekend in Jos, the Plateau state capital, has resulted in huge tension in the state.

The corpse of a boy found in Dutse Uku, a border town between two communities on Sunday was said to have triggered the tension as some aggrieved youths reportedly took to the streets, burning houses and attacking people after the corpse was discovered.

Though the actual number of those already killed since the violence erupted could not be ascertained as at press time, Cele Bridge and Rikkos are said to be part of the communities affected.

Many have been killed and several others injured.

A resident, who spoke to TheCable under the condition of anonymity, disclosed that 10 houses were set ablaze on Sunday.

He added that the crisis had been raging since the 2019 elections but got worse on Sunday. According to the source, over four corpses had been found at Dutse Uku in the last four months.

Spokesman of the Plateau police command, Terna Tyopev, who confirmed the attacks however said the police and other security agencies were in control and investigations have already been opened into the matter.

“We are still on the field. The only thing I can say is that yesterday there was tension. There was a corpse that was discovered at Dutse Uku which raised a lot of tension at Cele Bridge, Rikkos, Angwan Damisa behind St Michaels, and the adjoining areas. But we were able to bring it under control,” he said.

“Investigation is ongoing and after this, the cause of the crisis would be revealed but if you look at the places I am talking about, Christians and Muslims are living in those area. So, it is not good to come to a conclusion that any group is responsible.

“We are putting everything in order. Immediately we come back from the field, we will inform the press adequately.”