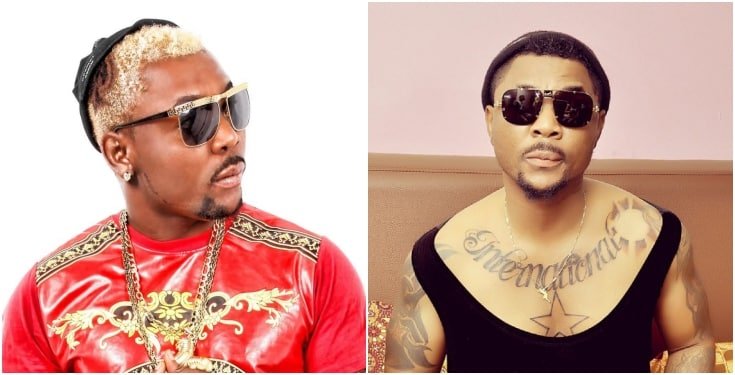 Popular Nigerian artist, Oritsefemi has said that internet fraudsters, better known as Yahoo Boys in the country are not useful to their friends and the entertainment industry as a whole.

Naija News reports that the 'Double Wahala' crooner made the comment in a recent interview where he also went ahead to ask his interviewer to cite how many artistes Yahoo Boys had helped in recent times.

"How many artistes Yahoo Boy don buy car for?" he asked.

The Nigerian artiste cited cases where these set of internet fraudsters have not been helpful in bringing about growth and development in the Nigerian entertainment industry, despite the fact that they are making monies although through a non-legit means.

Oritsefemi made this revelation about Yahoo Boys while announcing May 26, for his forthcoming 40-community tour in Port Harcourt.

While describing some of his friends inclusive as stingy, Oritsefemi said in his words; "We can see politicians buying cars for artistes. Let's call a spade a spade. Yahoo boys are helping themselves, not other people. Artistes in the entertainment industry are struggling by themselves."

"Since I've known some of my yahoo friends, they've never helped me. If they can help me, I'll agree. We see artistes struggling but yahoo boys are out enjoying themselves. If they can help the industry, I'll be happy," he said.

Oritsefemi also went further in his chat to blame the federal government for the rampant cases of suicide and internet fraud that have plagued the country in recent weeks.

"A lot of Nigerian youths are losing it. Yes, because there is no encouragement both from the government, the society, and people that are supposed to enlighten them about life in general," he said.

He furthered that; "Coming to the controversial issues among my colleagues, I think their opinions might not be right sometimes. But the truth is that what is bad will remain bad. The real 'G-boys' (internet fraudsters) would not come out to identify themselves.

"I'm not blaming these young guys for putting themselves into these things. It's the fault of the government."

Oritsefemi's statement is coming at a time when the Economic and Financial Crime Commission (EFCC) has suddenly woken up from slumber and have since swung into action in a deliberate attempt to curtail fraud and other related criminal practices, particularly perpetrated by Yahoo Boys in the country.

The sudden wake of action by the Nigeria's anti-graft agency comes after the activities of the Special Anti-Robbery Squad (SARS) have been watered-down over complaints that the squad was brutalizing innocent Nigerians and internet fraudsters in the guise of fighting robbery and curtailing criminality.

The reports of the brutality of the Police squad had led to the death of Kolade Johnson among other Nigerians who had been killed by these squad.

Just as the activities of SARS have been restricted from the streets over several complaints against the Police squad, the EFCC had in recent times been in the news for the series of arrests of Yahoo Boys' it has made.

Among other arrests, was the arrest of Nigerian artistes, Naira Marley and Zlatan Ibile who were arrested alongside three others on Friday, May 10, a day that happens to be the birthday of Naira Marley, still remains a shock to made as Naira Marley is still in the EFCC net and is to appear in court on Monday, although Zlatan had since gained a temporary freedom after he was granted an administrative bail alongside 3 others.