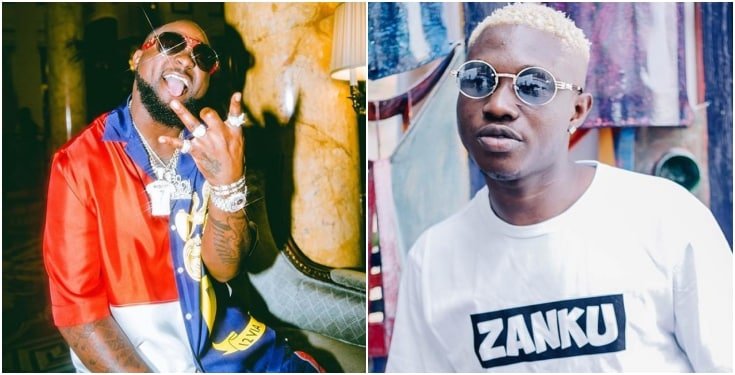 Popular Nigerian singer, David Adeleke, popularly known as Davido has urged Zlatan Ibile who was recently released by the Economic and Financial Crimes Commission (EFCC), to make history in his next song.

Davido gave the advice to Zlatan Ibile while celebrating his release from the custody of the Nigeria’s anti-graft agency.

Naija News had reported that Nigerian rapper, Zlatan Ibile has regained his freedom, 5 days after being arrested alongside Naira Marley and 3 others over their alleged involvement in cybercrime, popularly known as Yahoo Yahoo.

Zlatan Ibile, his personal assistant, Rahman Jago, his houseboy and one other person were freed on “bail” after the intervention of a Senior Advocate of Nigeria that Davido allegedly hired on their behalf to intercede on their case.

Davido told the artiste to make history in his next song.

Meanwhile, “Naira Marley is still in custody due to some incriminating items found on his laptop,” a source within the EFCC told Naija News.